Rachel's Tomb (Hebrew: Qever Raḥel, Arabic: Qabr Rahil) is the site revered as the burial place of the matriarch Rachel. The tomb is considered holy to Jews, Christians, and Muslims. The site is also referred to as the Bilal bin Rabah mosque. The tomb, located at the northern entrance of Bethlehem, is built in the style of a traditional maqam. The burial place of the matriarch Rachel as mentioned in the Jewish Tanakh, the Christian Old Testament and in Muslim literature from the book Picturesque Palestine, Sinai, and Egypt By Colonel Wilson, Charles William, Sir, 1836-1905. Published in New York by D. Appleton and Company in 1881 with engravings in steel and wood from original Drawings by Harry Fenn and J. D. Woodward Volume 1 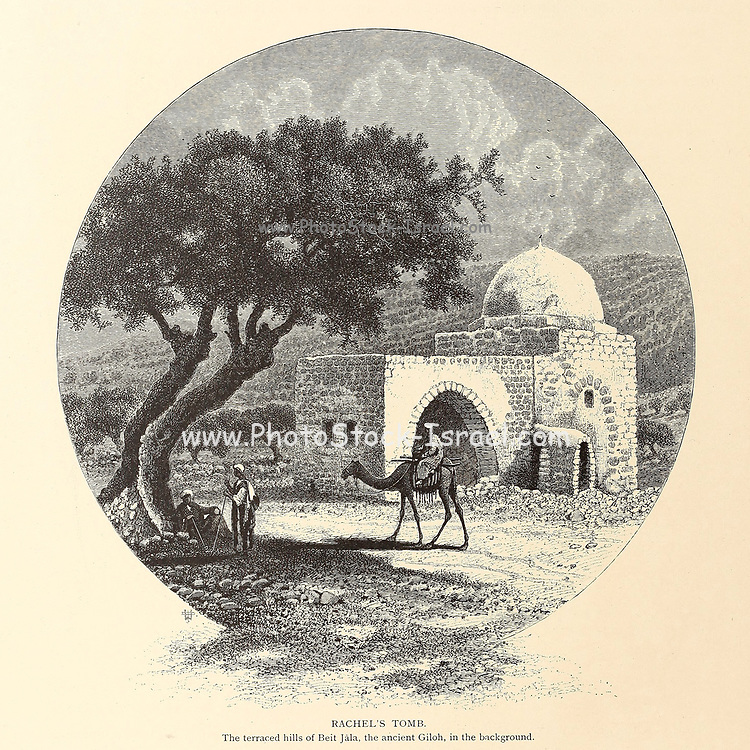