Crabeater Seal (Lobodon carcinophaga) on an iceberg in Antarctica. Crabeater seals are the most common large mammal on the planet after humans, with an estimated population of 15 million. They are a true Antarctic species, living on or around sea ice, as the sea ice retreats they are at real risk from climate change. Their main diet is Krill, numbers of which have reduced by over 50%. The Antarctic Krill feeds on algae that grows on the underside of sea ice, as the sea ice retreats, the algae is less common, with less food for Krill. 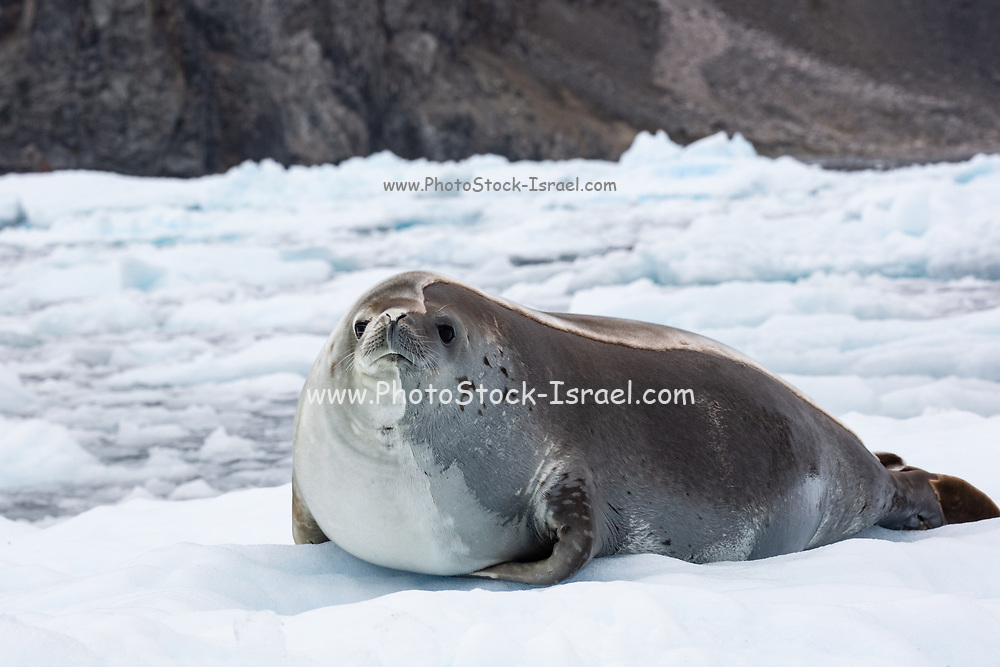