Yad La-Shiryon (The Armored Corps Memorial Site and Museum at Latrun) is Israel's official memorial site for fallen soldiers from the armored corps, as well as one of the most diverse tank museums in the world. The outdoor display includes 110 tanks and other armored fighting vehicles, both Israeli and captured enemy examples including the Merkava and T-34, T-54, T-55, T-62 tanks, as well as vehicles obtained or purchased from allied nations specifically for diversifying the collection like the German Leopard tank or the only T-72 on display in Israel. Other notable items include: an M4 Sherman tank mounted high atop a former British water tower; a collection of mobile bridges constructed by the IDF (Israeli Defense Forces) which can be carried by tanks and erected while under fire; captured enemy vehicles, most of which Israel has modified and updated; a tank with a blown up gun; and a long, engraved commemorative wall bearing the names of Armored Corps soldiers killed in defense of the country. 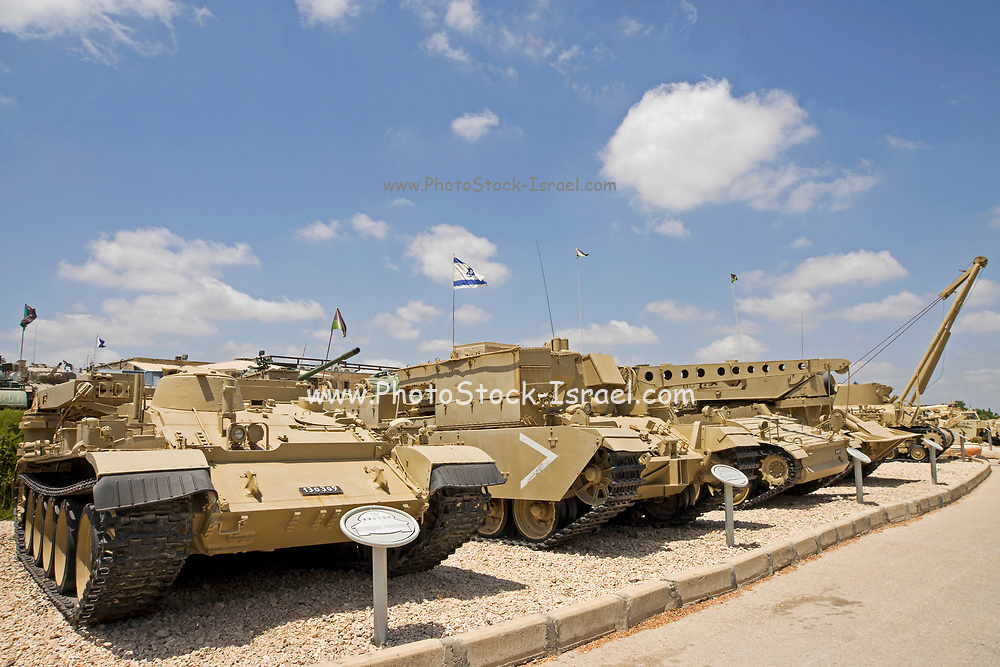