The European hare (Lepus europaeus), also known as the brown hare, is a species of hare native to Europe and parts of Asia. It is among the largest hare species and is adapted to temperate, open country. Hares are herbivorous and feed mainly on grasses and herbs, supplementing these with twigs, buds, bark and field crops, from the book ' Animal portraiture ' by Richard Lydekker, and illustrated by Wilhelm Kuhnert, Published in London by Frederick Warne & Co. in 1912 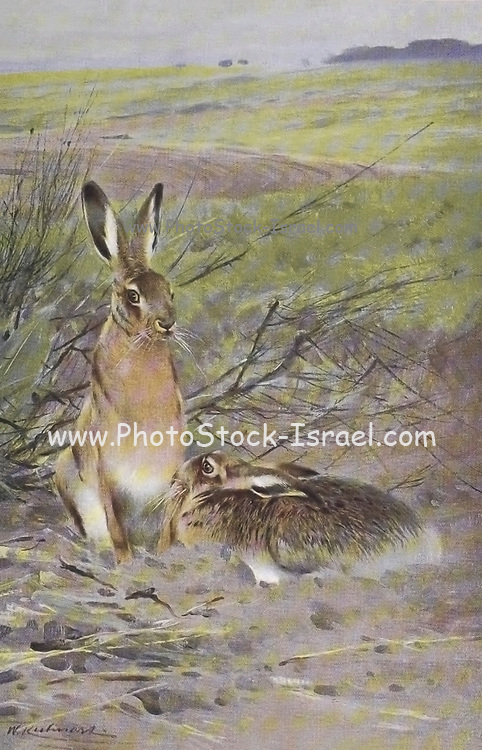