The European hamster (Cricetus cricetus here as Cricetus frumentarius), also known as the Eurasian hamster, black-bellied hamster or common hamster, is the only species of the genus Cricetus. It is native to grassland and similar habitats in a large part of Eurasia, extending from Belgium to the Altai mountains and Yenisey River in Russia. Where abundant the animal is considered a farmland pest, and historically it has also been trapped for its fur. It has declined drastically in recent years and is considered critically endangered. from the book ' Animal portraiture ' by Richard Lydekker, and illustrated by Wilhelm Kuhnert, Published in London by Frederick Warne & Co. in 1912 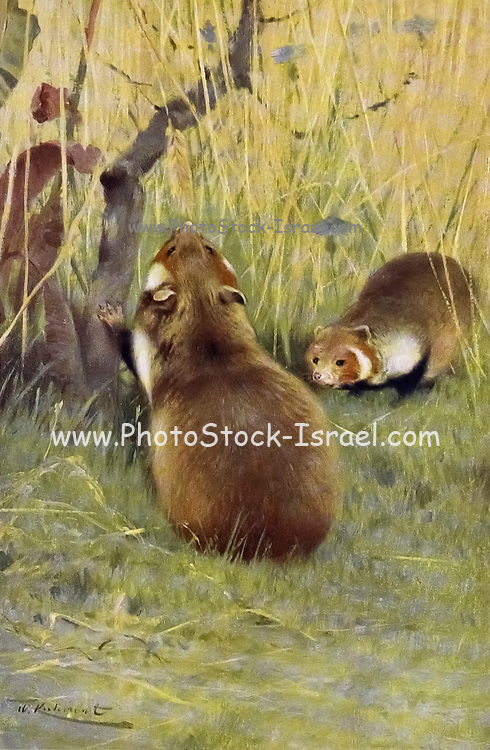