The grey heron (Ardea cinerea) is a long-legged predatory wading bird of the heron family, Ardeidae, native throughout temperate Europe and Asia and also parts of Africa. It is resident in much of its range, but some populations from the more northern parts migrate southwards in autumn. A bird of wetland areas, it can be seen around lakes, rivers, ponds, marshes and on the sea coast. It feeds mostly on aquatic creatures which it catches after standing stationary beside or in the water or stalking its prey through the shallows. from the book ' Animal portraiture ' by Richard Lydekker, and illustrated by Wilhelm Kuhnert, Published in London by Frederick Warne & Co. in 1912 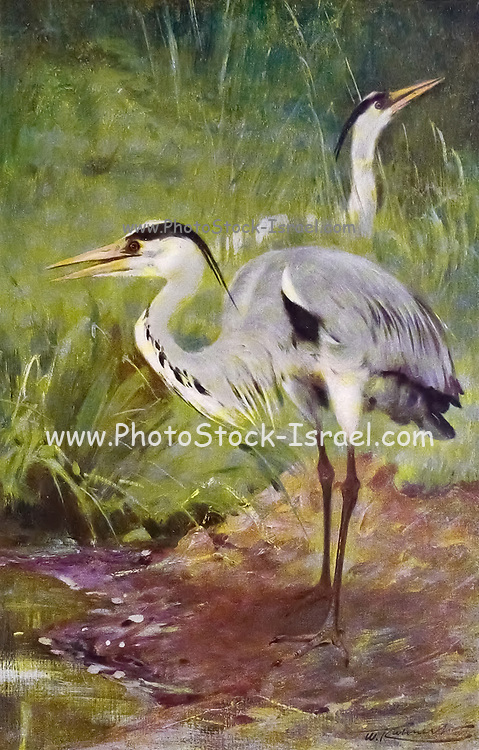