Thomas Cranmer (2 July 1489 – 21 March 1556) was a leader of the English Reformation and Archbishop of Canterbury during the reigns of Henry VIII, Edward VI and, for a short time, Mary I. He helped build the case for the annulment of Henry's marriage to Catherine of Aragon, which was one of the causes of the separation of the English Church from union with the Holy See. Along with Thomas Cromwell, he supported the principle of royal supremacy, in which the king was considered sovereign over the Church within his realm. During Cranmer's tenure as Archbishop of Canterbury, he was responsible for establishing the first doctrinal and liturgical structures of the reformed Church of England. Under Henry's rule, Cranmer did not make many radical changes in the Church, due to power struggles between religious conservatives and reformers. He published the first officially authorised vernacular service, the Exhortation and Litany. Copperplate engraving From the Encyclopaedia Londinensis or, Universal dictionary of arts, sciences, and literature; Volume V; Edited by Wilkes, John. Published in London in 1810 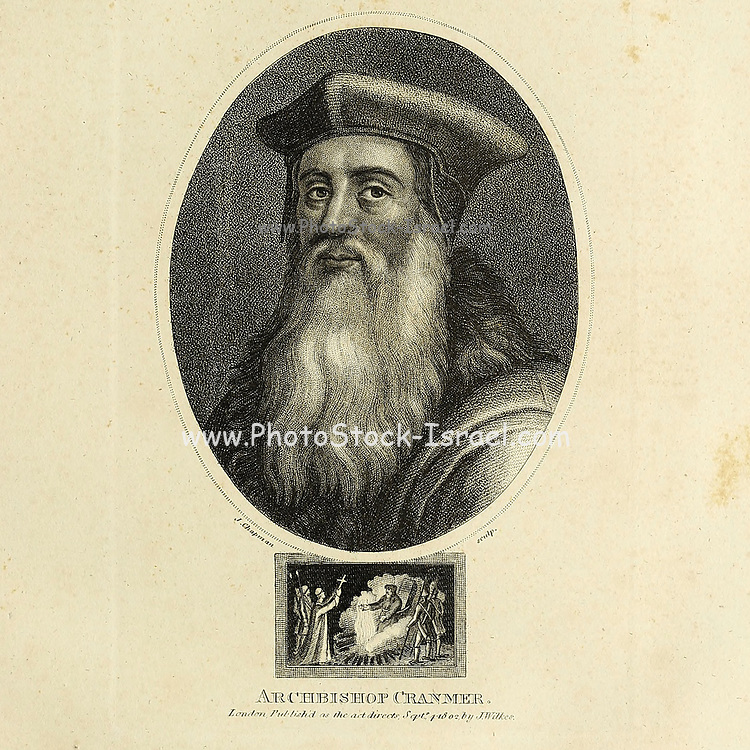