Portrait of René Descartes [Here as Rene Des Cartes] (31 March 1596 – 11 February 1650[) was a French-born philosopher, mathematician, and scientist who spent a large portion of his working life in the Dutch Republic, initially serving the Dutch States Army of Maurice of Nassau, Prince of Orange and the Stadtholder of the United Provinces. One of the most notable intellectual figures of the Dutch Golden Age, Descartes is also widely regarded as one of the founders of modern philosophy. Copperplate engraving From the Encyclopaedia Londinensis or, Universal dictionary of arts, sciences, and literature; Volume III; Edited by Wilkes, John. Published in London in 1810 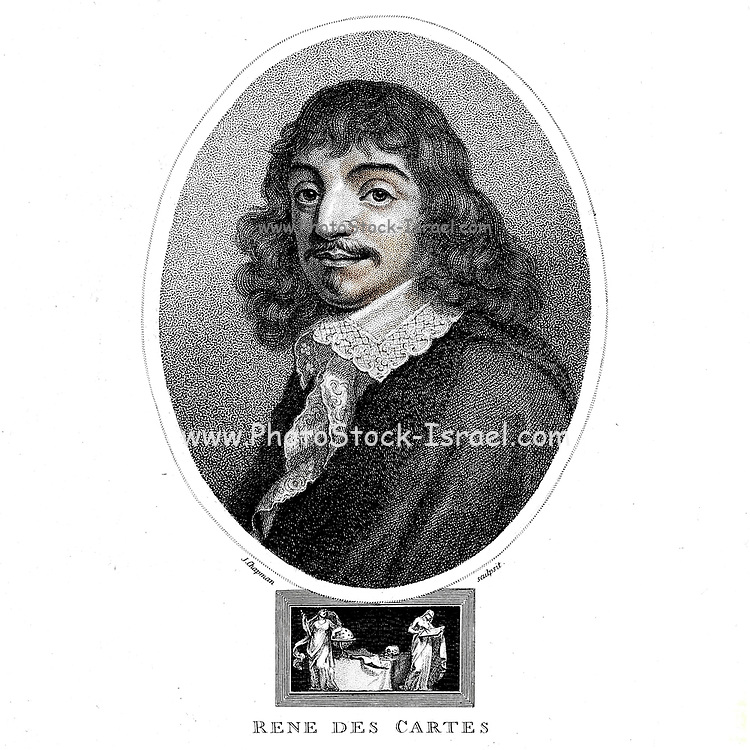