The ' Cullinan ' Diamond, Cut Into Two Halves [The Cullinan Diamond was the largest gem-quality rough diamond ever found,[2] weighing 3,106.75 carats (621.35 g), discovered at the Premier No.2 mine in Cullinan, South Africa, on 26 January 1905. It was named after Thomas Cullinan, the mine's chairman. In April 1905, it was put on sale in London, but despite considerable interest, it was still unsold after two years. In 1907, the Transvaal Colony government bought the Cullinan and then presented it to Edward VII, King of the United Kingdom, who had it cut by Joseph Asscher & Co. in Amsterdam] From the Book ' Britain across the seas : Africa : a history and description of the British Empire in Africa ' by Johnston, Harry Hamilton, Sir, 1858-1927 Published in 1910 in London by National Society's Depository 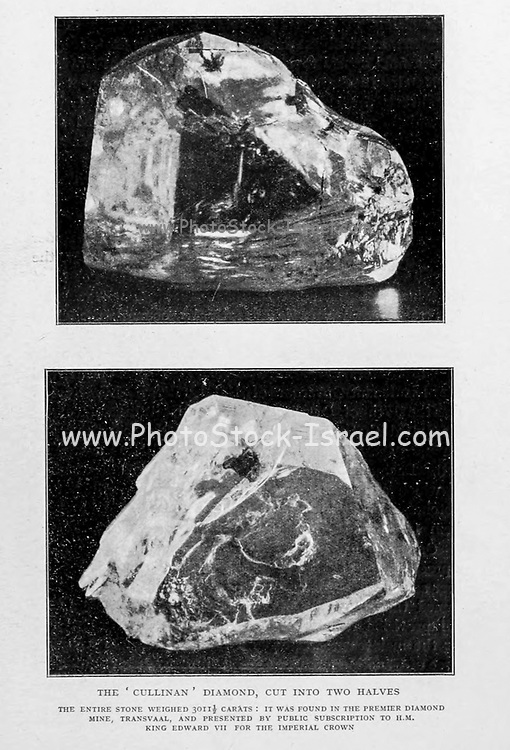