Destruction of the French Fleet in Basque Roads - April 12th 1809. By Thomas Whitcombe (1763–1824). Basque Roads, sometimes referred to as Aix Roads, is a roadstead (a sheltered bay) on the Biscay shore of the Charente-Maritime département of France, bounded by the Île d'Oléron to the west and the Île de Ré to the north. The port of La Rochelle stands at the northeast corner of the roads, and the town of Rochefort is near the mouth of the Charente River to the south. It was the location of a failed British attack on Rochefort in 1757 during the Seven Years' War, of an attack by HMS Unicorn and HMS St Fiorenzo on a Spanish squadron on 2 July 1799, and of the final surrender of Napoleon Bonaparte on HMS Bellerophon on 15 July 1815. It was also the site of the British naval victory over a French fleet at the 1809 Battle of Basque Roads. 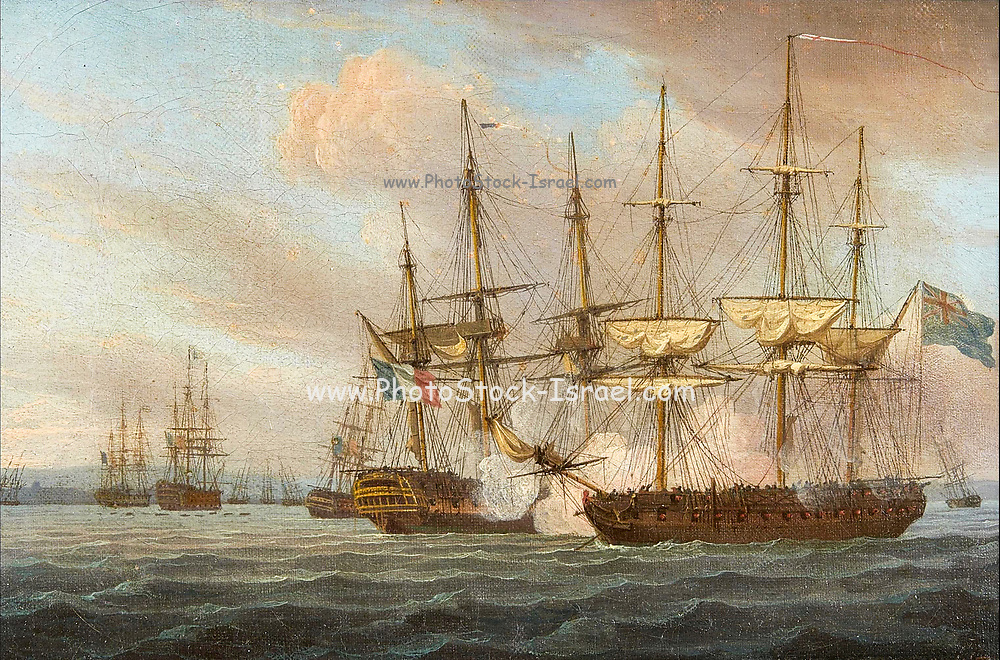