She was Stopped by a Lad waiting at the Door

She was Stopped by a Lad waiting at the Door from the book ' Mistress Branican ' by Jules Verne, illustrated by Leon Benett. The story begins in the United States, where the heroine, Mistress Branican, suffers a mental breakdown after the death by drowning of her young son. On recovering, she learns that her husband, Captain Branican, has been reported lost at sea. Having acquired a fortune, she is able to launch an expedition to search for her husband, who she is convinced is still alive. She leads the expedition herself and trail leads her into the Australian hinterland. Mistress Branican (French: Mistress Branican, 1891) is an adventure novel written by Jules Verne and based on Colonel Peter Egerton Warburton and Ernest Giles accounts of their journeys across the Western Australian deserts, and inspired by the search launched by Lady Franklin when her husband Sir John Franklin was reported lost in the Northwest Passage. Translated by A. Estoclet, Published in New York, Cassell Pub. Co. 1891. 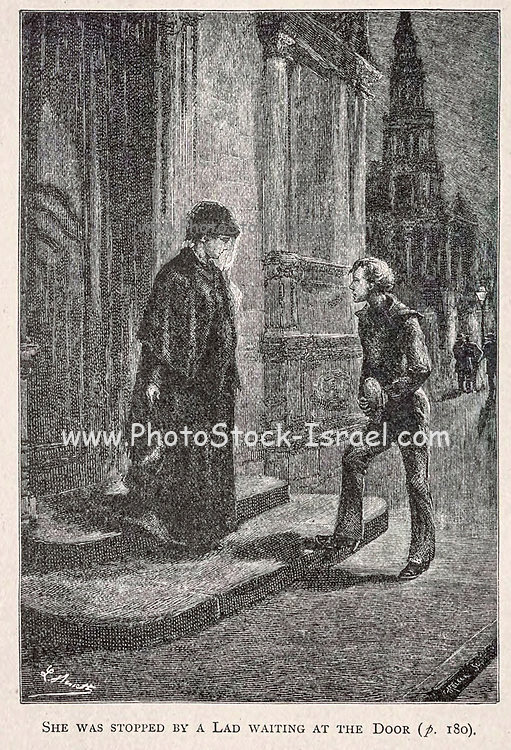