An entrance to a catacomb at Beit Shearim Israel The Jewish town of Beit She'arim flourished during the 2-4 centuries CE (the Roman period). The people of Beit She'arim dug ornate catacombs, interconnected by tunnels, creating a huge underground necropolis - a city of the dead. The caves are full of stylized sarcophagi, decorated with Jewish and secular symbols. Beit She'arim was destroyed during the mutiny against Galos the emperor in the year 352 CE. The town of Beit She'arim became an important spiritual center when Rabbi Yehuda Hanasi ("Rabbi"), who was the spiritual authority of the time, made his home there. Rabbi was known as the sealer of the "Mishna". Rabbi also moved the "Sanhedrin" (the religious-judicial authority) to Beit She'arim. When he died in the year 220 CE, Rabbi was buried in one of the caves, a fact that made Beit Shearim an important burial place, for Jews of Israel and the Diaspora. during excavations done in this site, more than 30 burial caves were discovere 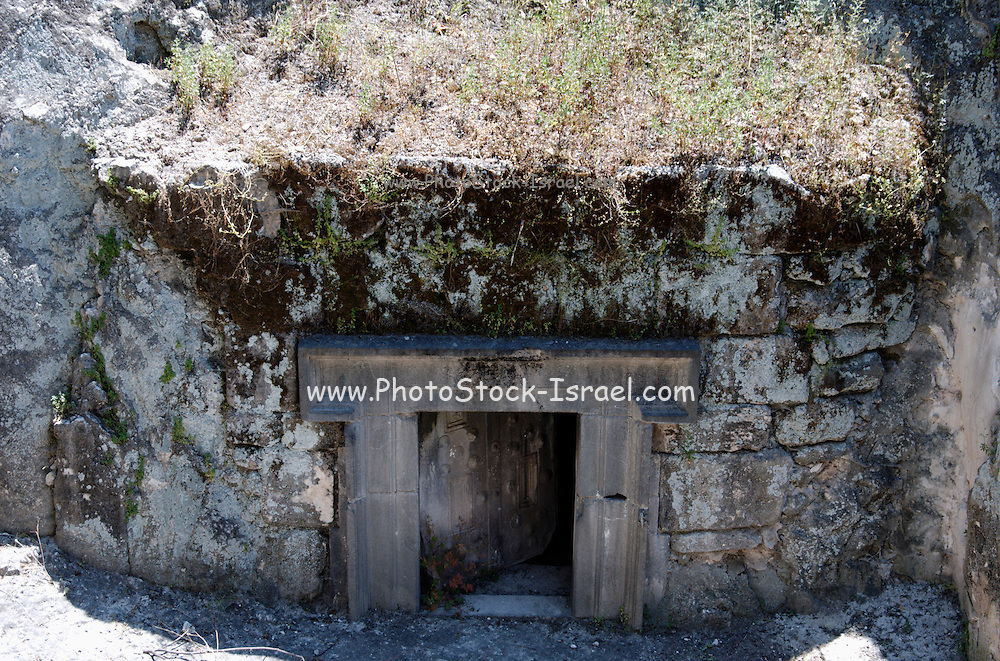