HMS Illustrious heading out of Table Bay in choppy conditions and a stiff breeze, by Thomas Whitcombe (British, 1760-1824). The second Illustrious to serve in the Royal Navy oil on canvas 47 x 63 cm 1811. HMS Illustrious, a 74-gun third rate ship of the line and the second of that name, was built by Randall & Brent at Rotherhithe where her keel was laid in February 1801. Launched on 3 September 1803, she was completed at Woolwich She was first commissioned for the Channel Fleet under Captain Sir Charles Hamilton and was involved in the Battle of the Basque Roads in 1809, in which she won a battle honour, and in the expeditions against the docks at Antwerp and render the Schelde unnavigable to French ships. On 22 November 1810, Illustrious was amongst the fleet that captured Île de France on 3 December.[Note 1] She then took part in the Invasion of Java (1811) in Indonesia. 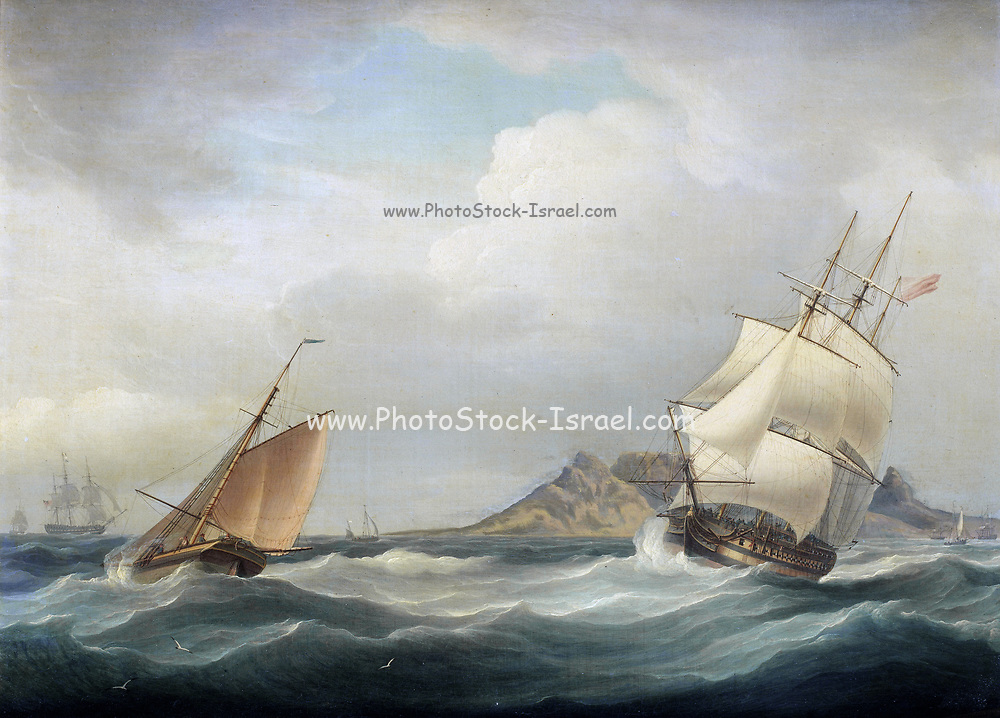