Machine colourised Adela of Normandy, of Blois, or of England (c. 1067 – 8 March 1137), also known as Saint Adela in Roman Catholicism, was a daughter of William the Conqueror and Matilda of Flanders who later became the Countess of Blois, Chartres, and Meaux by marriage to Stephen II, Count of Blois. From the book Heroines of the crusades by Bloss, Celestia Angenette, 1812-1855 Published by Auburn Alden, Beardsley, New York, 1853 Engraved by J.C. Buttre 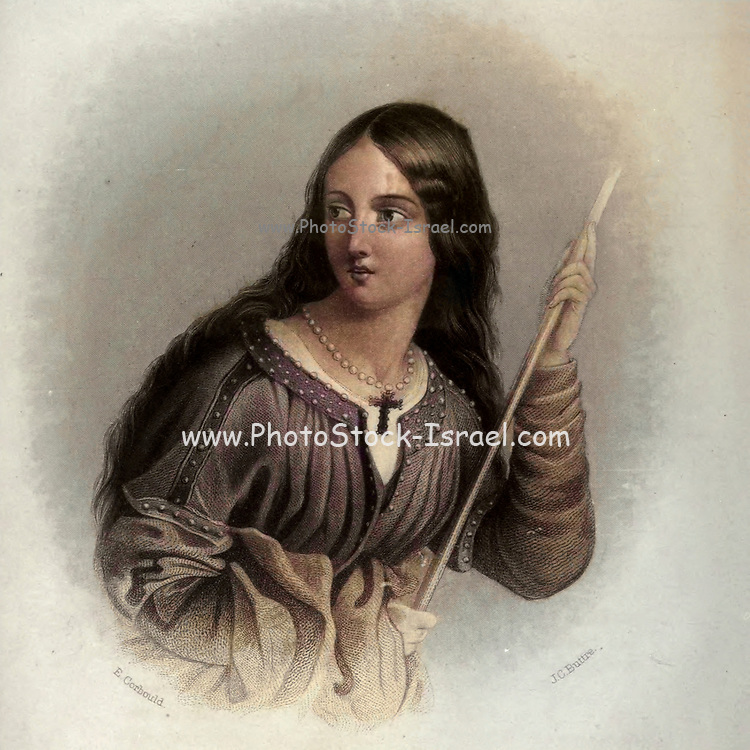