Elisha Gray (August 2, 1835 – January 21, 1901) was an American electrical engineer who co-founded the Western Electric Manufacturing Company. Gray is best known for his development of a telephone prototype in 1876 in Highland Park, Illinois. Some recent authors have argued that Gray should be considered the true inventor of the telephone because Alexander Graham Bell allegedly stole the idea of the liquid transmitter from him. Although Gray had been using liquid transmitters in his telephone experiments for more than two years previously, Bell's telephone patent was upheld in numerous court decisions. From the Book Les merveilles de la science, ou Description populaire des inventions modernes [The Wonders of Science, or Popular Description of Modern Inventions] by Figuier, Louis, 1819-1894 Published in Paris 1867 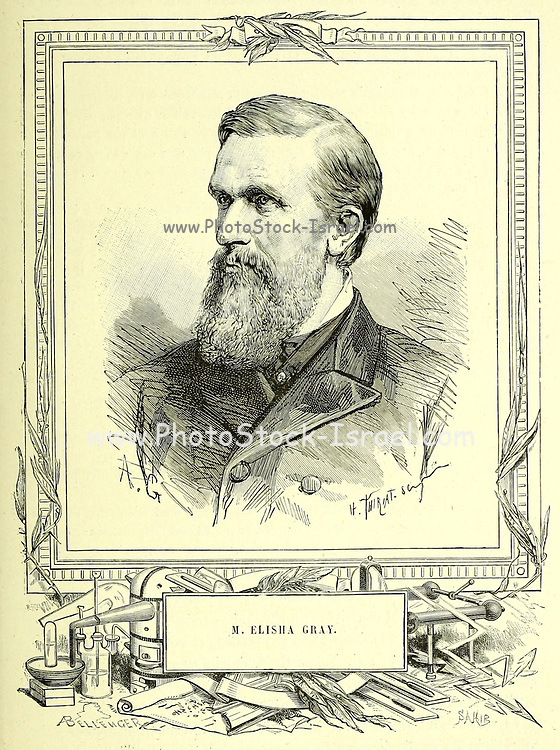