Chinese Junks. THE two foremost vessels lying at anchor are junks of four or five hundred tons burthen. The deformity of their structure on a near view, excites sensations of terror in the beholder.
The bow, or foreport, instead of being rounded after the European custom, is flat and square ; a circular eye is painted on
it, to intimate the necessity of vigilance and caution to the helmsman. stern of them is a small trading vessel under sail. In the distance are other junks, those leviathans of the Chinese seas, whose perilous course cannot be contemplated by an European without emotions of pity and regret. colour print from the book ' A Picturesque Voyage to India by Way of China ' by Thomas Daniell, R.A. and William Daniell, A.R.A. London : Printed for Longman, Hurst, Rees, and Orme, and William Daniell by Thomas Davison, 1810. The Daniells' original watercolors for the scenes depicted herein are now at the Yale Center for British Art, Department of Rare Books and Manuscripts, 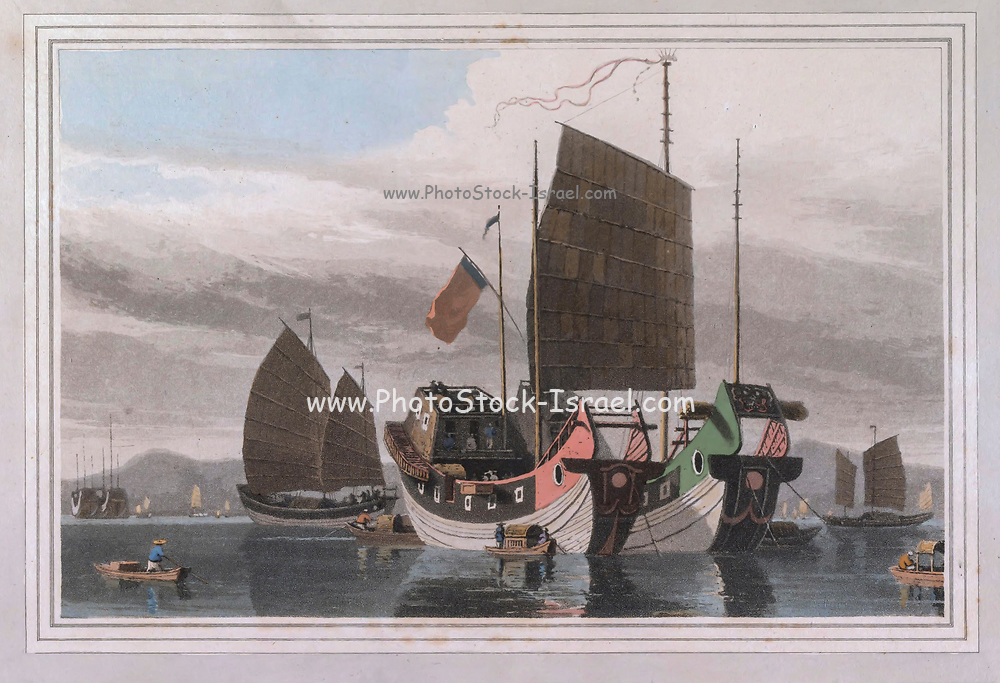