Captain Bartholomew Teeling (1774 in Lisburn, County Antrim, Ireland – 24 September 1798, in Arbor Hill, County Dublin, Ireland) was an Irish republican who was leader of the Irish forces during the Irish Rebellion of 1798 and who carried out an act of bravery during the Battle of Collooney. He was captured at the Battle of Ballinamuck and executed for treason. From the book Ireland in '98 : sketches of the principal men of the time, based upon the published volumes and some unpublished mss. of the late Dr. Richard Robert Madden. With engraved portraits and contemporary illustrations by Daly, J. Bowles (John Bowles), editor; Madden, Richard Robert, 1798-1886, bibliographic antecedent; Swan Sonnenschein, Lowrey, & Co., publisher; Spottiswoode & Co., printer Published in London by Swan Sonnenschein, Lowrey, & Co., Paternoster Square in 1888 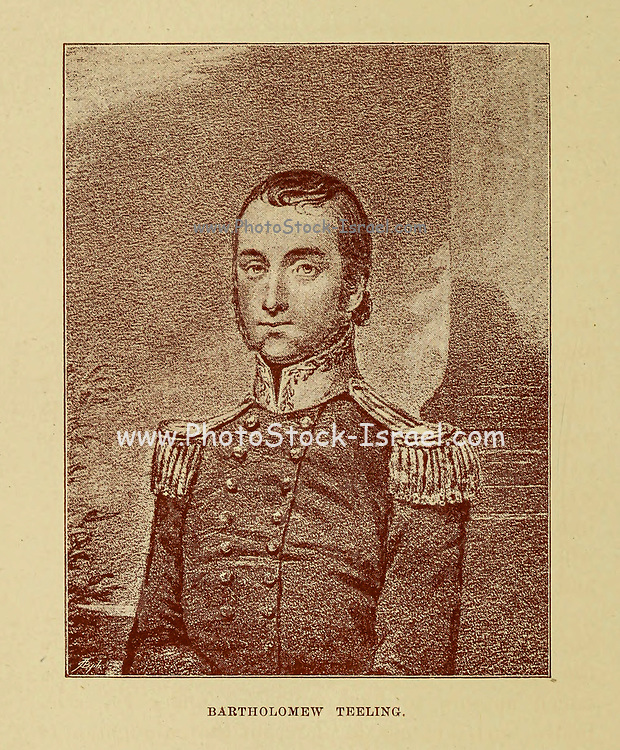