Leonhard Euler [here as Leonard Euler] (15 April 1707 – 18 September 1783) was a Swiss mathematician, physicist, astronomer, geographer, logician and engineer who made important and influential discoveries in many branches of mathematics, such as infinitesimal calculus and graph theory, while also making pioneering contributions to several branches such as topology and analytic number theory. He also introduced much of the modern mathematical terminology and notation, particularly for mathematical analysis, such as the notion of a mathematical function.[4] He is also known for his work in mechanics, fluid dynamics, optics, astronomy and music theory. Copperplate engraving From the Encyclopaedia Londinensis or, Universal dictionary of arts, sciences, and literature; Volume VII; Edited by Wilkes, John. Published in London in 1810 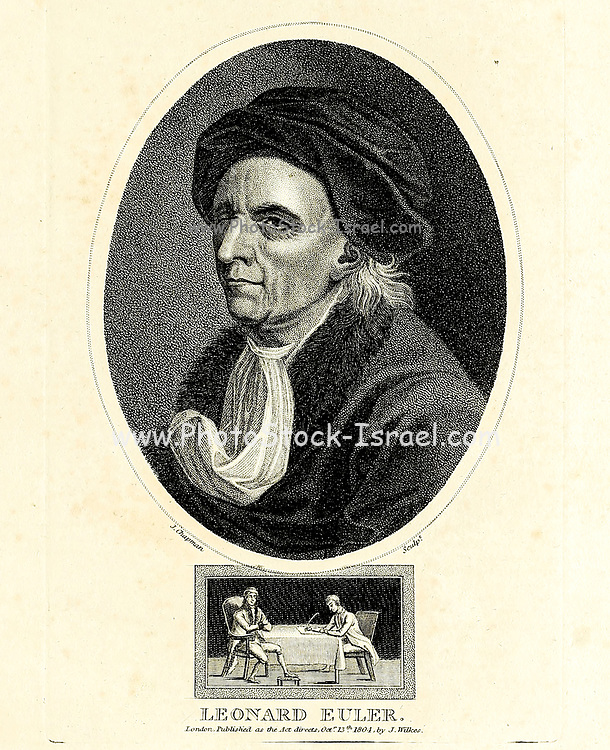