Great Hornbill (Buceros bicornis) also known as the concave-casqued hornbill, great Indian hornbill or great pied hornbill, is one of the larger members of the hornbill family. It is found in the Indian subcontinent and Southeast Asia. Its impressive size and colour have made it important in many tribal cultures and rituals. The great hornbill is long-lived, living for nearly 50 years in captivity. It is predominantly frugivorous, but is an opportunist and will prey on small mammals, reptiles and birds. from the book ' Animal portraiture ' by Richard Lydekker, and illustrated by Wilhelm Kuhnert, Published in London by Frederick Warne & Co. in 1912 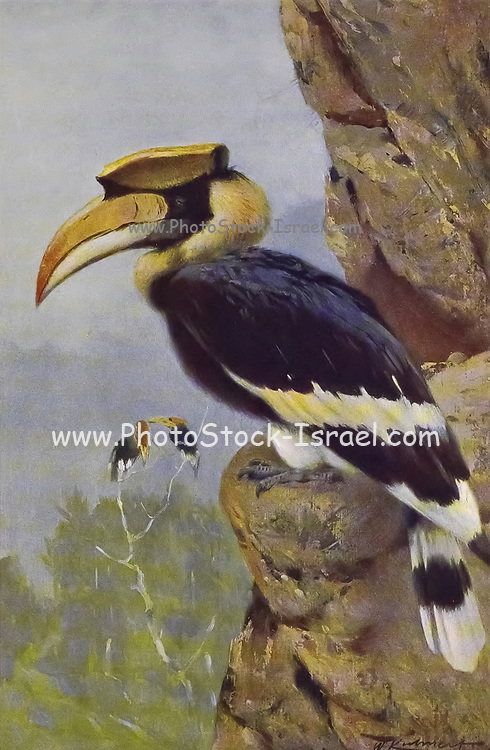