Firenze (1884–1902), also recorded as "Firenzi", was an American Thoroughbred Hall of Fame racehorse. During her six year racing career, she won 47 of 82 starts and retired as the second-highest money-earning filly in American history. She was retroactively named the American Champion Three-Year-Old Filly of 1887 and American Champion Older Female Horse for three straight years. She repeatedly defeated the top colts of the day. from the ' Album of celebrated American and English running horses ' by Kinney Bros Published in New Your in 1888 By Kinney Brothers to advance the sales of their cigarette brands. The Kinney Tobacco Company was an American cigarette manufacturing firm that created the Sweet Caporal cigarette brand and promoted it with collectible trading cards. Being a leading cigarette manufacturer of the 1870-1880s, it merged in 1890 into the American Tobacco Company. 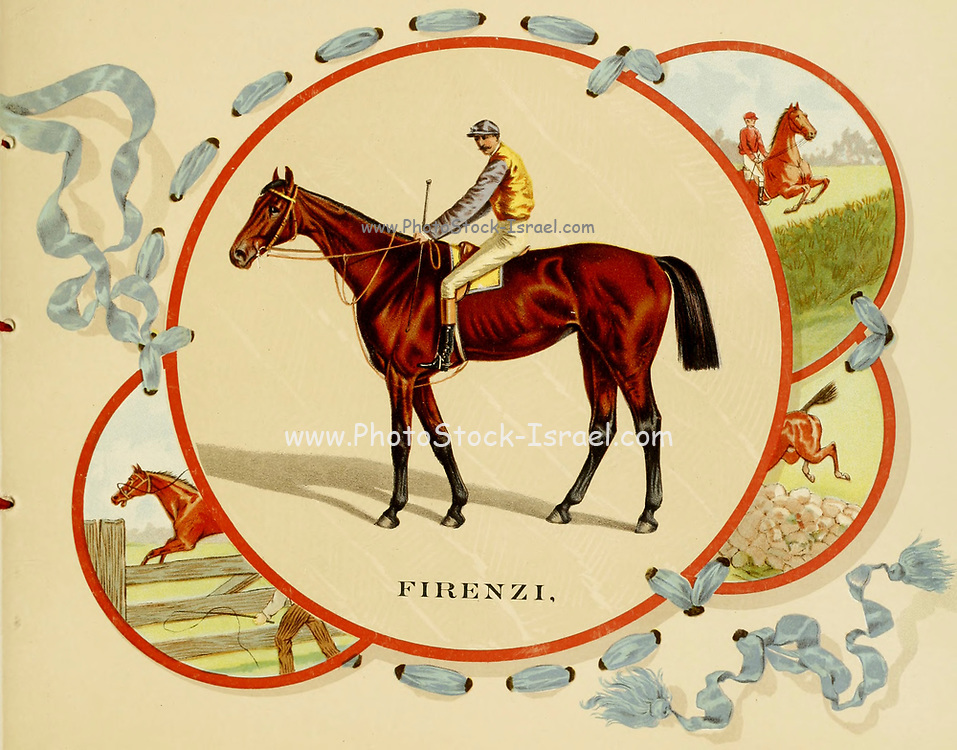