Robert Boyle FRS (25 January 1627 – 31 December 1691) was an Anglo-Irish natural philosopher, chemist, physicist, and inventor. Boyle is largely regarded today as the first modern chemist, and therefore one of the founders of modern chemistry, and one of the pioneers of modern experimental scientific method. He is best known for Boyle's law, which describes the inversely proportional relationship between the absolute pressure and volume of a gas, if the temperature is kept constant within a closed system. Among his works, The Sceptical Chymist is seen as a cornerstone book in the field of chemistry. He was a devout and pious Anglican and is noted for his writings in theology. Copperplate engraving From the Encyclopaedia Londinensis or, Universal dictionary of arts, sciences, and literature; Volume III; Edited by Wilkes, John. Published in London in 1810 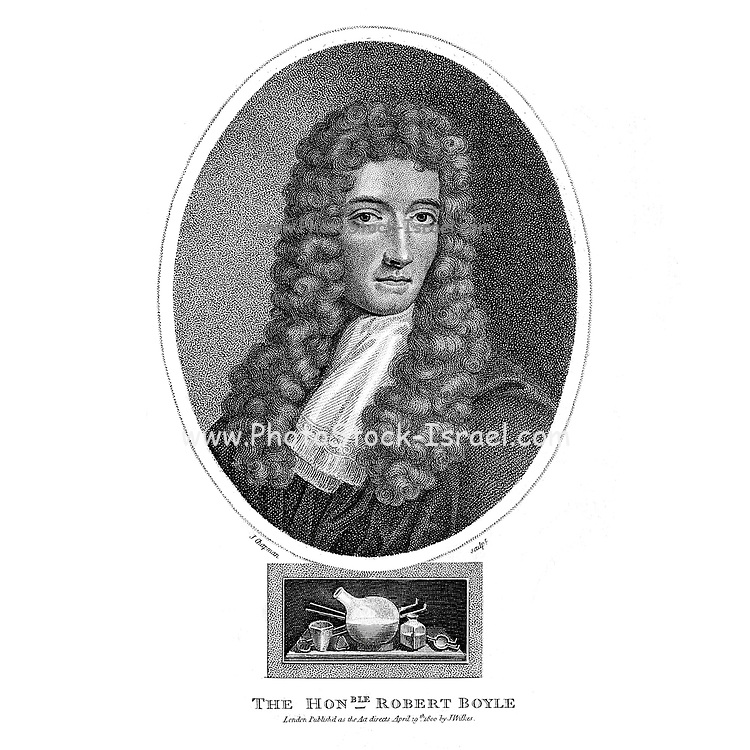