The western cattle egret (Bubulcus ibis) is a species of heron (family Ardeidae) found in the tropics, subtropics and warm temperate zones. Most taxonomic authorities lump this species and the eastern cattle egret together (called the cattle egret), but some (including the International Ornithologists' Union separate them. Despite the similarities in plumage to the egrets of the genus Egretta, it is more closely related to the herons of Ardea. Originally native to parts of Asia, Africa and Europe, it has undergone a rapid expansion in its distribution and successfully colonised much of the rest of the world in the last century. 18th century watercolor painting by Elizabeth Gwillim. Lady Elizabeth Symonds Gwillim (21 April 1763 – 21 December 1807) was an artist married to Sir Henry Gwillim, Puisne Judge at the Madras high court until 1808. Lady Gwillim painted a series of about 200 watercolours of Indian birds. Produced about 20 years before John James Audubon, her work has been acclaimed for its accuracy and natural postures as they were drawn from observations of the birds in life. She also painted fishes and flowers. McGill University Library and Archives 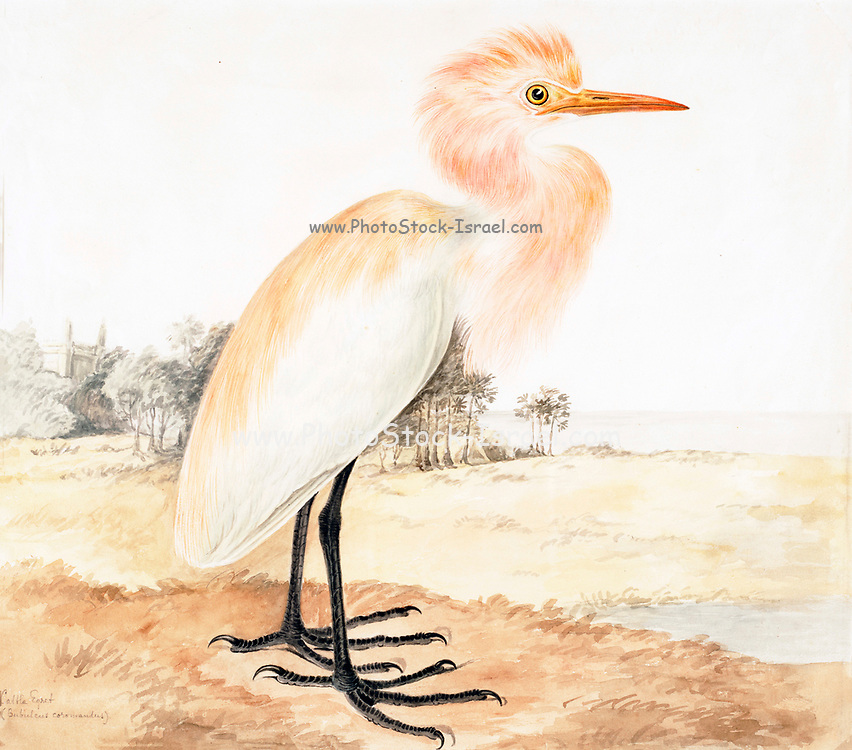