The kit fox (Vulpes macrotis [here as Canis velox]) is a fox species of North America. Its range is primarily in the Southwestern United States and northern and central Mexico. Some mammalogists classify it as conspecific with the swift fox, V. velox, but molecular systematics imply that the two species are distinct. It has also been called an American Fennec fox due to its large ears From the Book Dogs, Jackals, Wolves and Foxes A Monograph of The Canidae [from Latin, canis, "dog") is a biological family of dog-like carnivorans. A member of this family is called a canid] By George Mivart, F.R.S. with woodcuts and 45 coloured plates drawn from nature by J. G. Keulemans and Hand-Coloured. Published by R. H. Porter, London, 1890 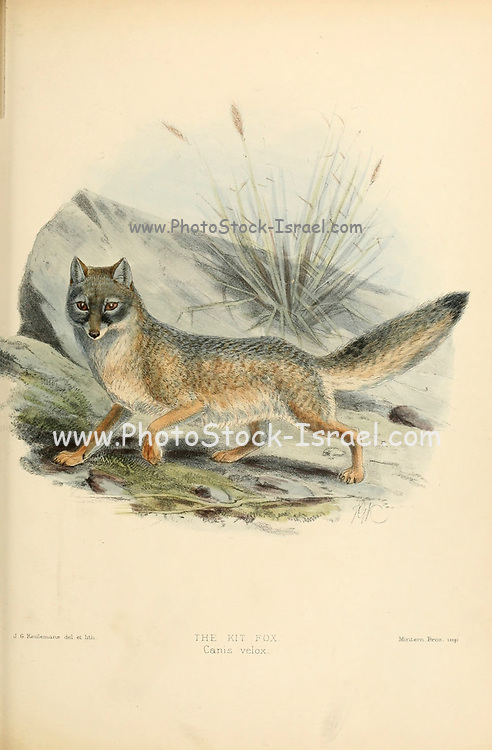