crustaceans collected and described on the voyage. from the book ' A voyage towards the North Pole : undertaken by His Majesty's command, 1773 ' by Constantine John Phipps, Baron Mulgrave, 1744-1792; The 1773 Phipps expedition towards the North Pole was a British Royal Navy expedition in which two ships under the commands of Constantine John Phipps as Captain of the HMS Racehorse [an 18-gun ship-rigged sloop of the Royal Navy.] and Skeffington Lutwidge as Captain of the HMS Carcass [a bomb vessel of the Royal Navy], sailed towards the North Pole in the summer of 1773 and became stuck in ice near Svalbard. A young Horatio Nelson. was a midshipmen onboard the ' Carcass ' on this expedition 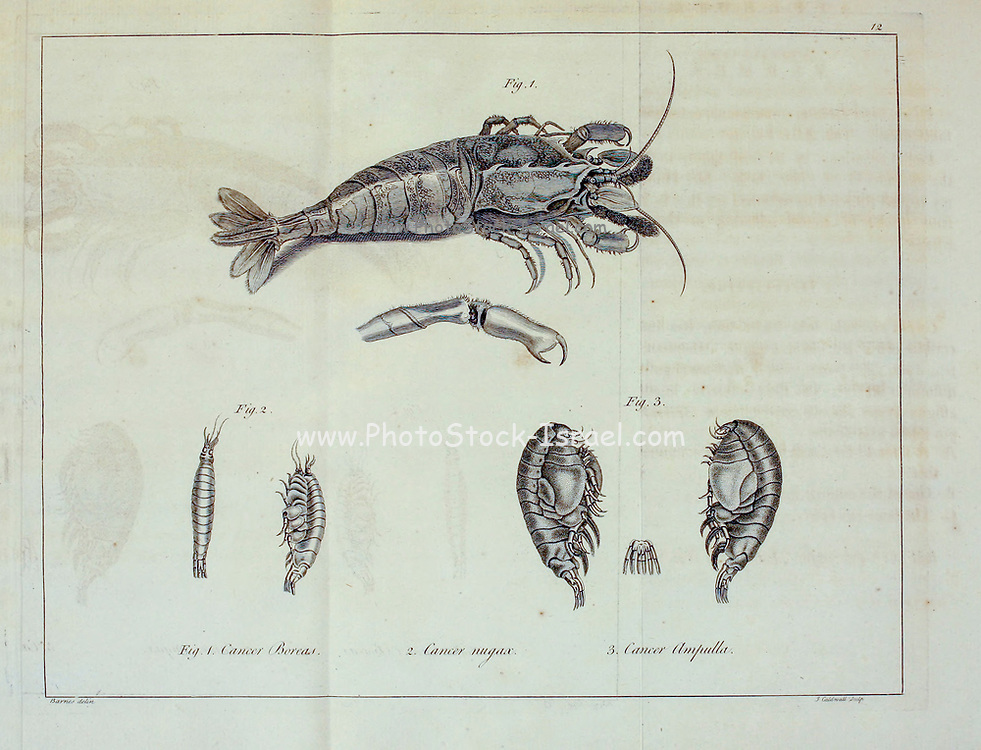