The Battle of Camperdown (known in Dutch as the Zeeslag bij Kamperduin) was a major naval action fought on 11 October 1797, between the British North Sea Fleet under Admiral Adam Duncan and a Batavian Navy (Dutch) fleet under Vice-Admiral Jan de Winter. The battle was the most significant action between British and Dutch forces during the French Revolutionary Wars and resulted in a complete victory for the British. by Philip James de Loutherbourg RA (31 October 1740 – 11 March 1812), AKA Philippe-Jacques or Philipp Jakob, was a French-born British painter who became known for his large naval works. 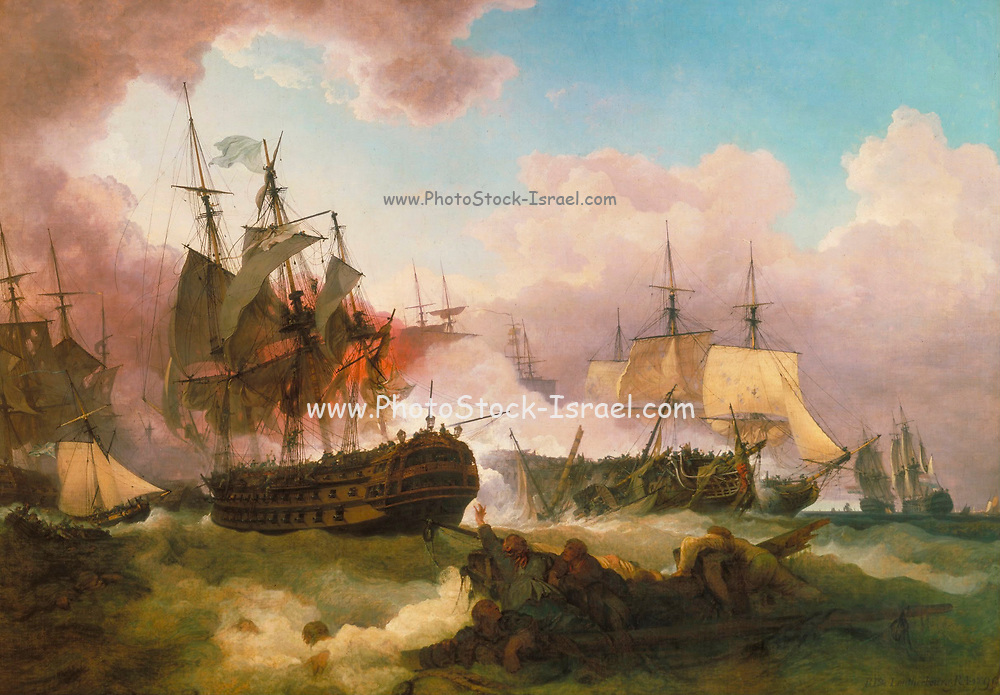