H.M.S. 'Pique', 40 guns, Captain C.H.B. Ross capturing the Spanish Brig 'Orquijo', 18 guns, 8th. February 1805. HMS. ‘Pique’, 36-guns, was built and launched as the French frigate ‘Pallas’ which was captured by a British squadron off the coast of France on 6th February 1800. Assimilated into the Royal Navy and renamed ‘Pique’, she rendered valuable service throughout the Napoleonic Wars and was finally scrapped in 1819. By Thomas Whitcombe (possibly 19 May 1763 – c. 1824) was a prominent British maritime painter of the Napoleonic Wars. Among his work are over 150 actions of the Royal Navy, and he exhibited at the Royal Academy, the British Institution and the Royal Society of British Artists. His pictures are highly sought after today. 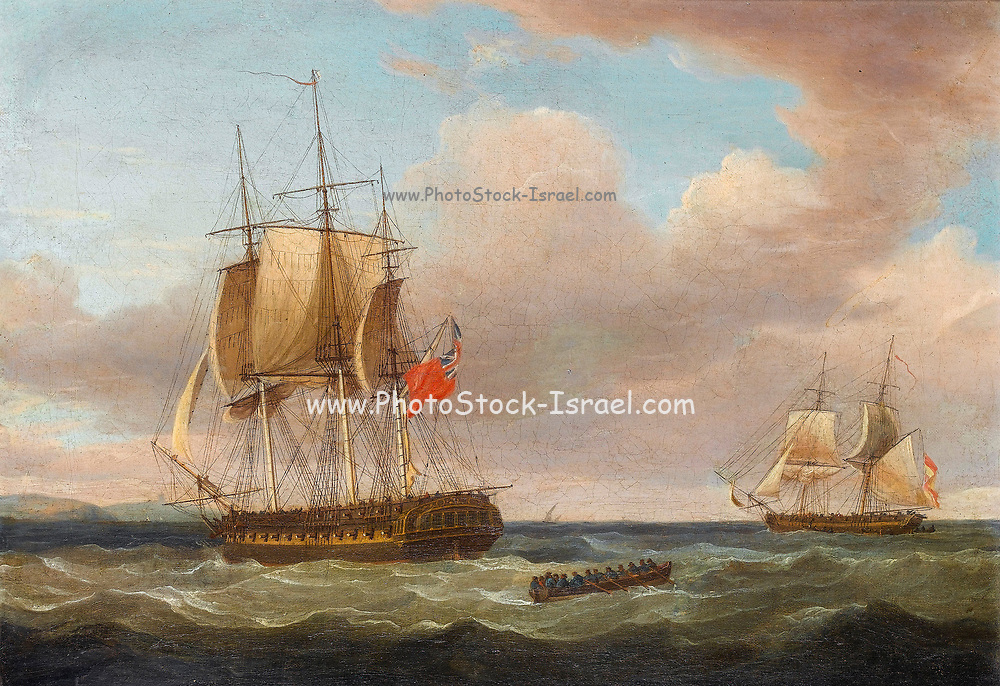