The yellow-wattled lapwing (Vanellus malabaricus) is a lapwing that is endemic to the Indian Subcontinent. It is found mainly on the dry plains of peninsular India and has a sharp call and is capable of fast flight. Although they do not migrate, they are known to make seasonal movements in response to rains. They are dull grey brown with a black cap, yellow legs and a triangular wattle at the base of the beak. Like other lapwings and plovers, they are ground birds and their nest is a mere collection of tiny pebbles within which their well camouflaged eggs are laid. The chicks are nidifugous, leaving the nest shortly after hatching and following their parents to forage for food. 18th century watercolor painting by Elizabeth Gwillim. Lady Elizabeth Symonds Gwillim (21 April 1763 – 21 December 1807) was an artist married to Sir Henry Gwillim, Puisne Judge at the Madras high court until 1808. Lady Gwillim painted a series of about 200 watercolours of Indian birds. Produced about 20 years before John James Audubon, her work has been acclaimed for its accuracy and natural postures as they were drawn from observations of the birds in life. She also painted fishes and flowers. McGill University Library and Archives 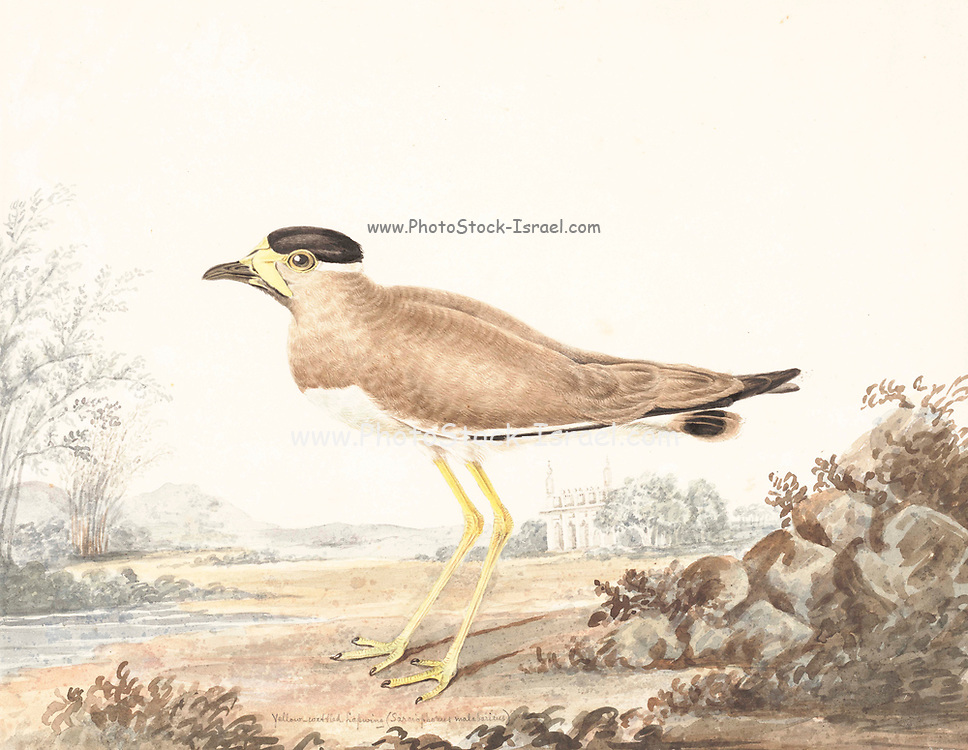