Street sign honoring Georgian national poet Shota Rustaveli who lived in this monastery in the 12th century. The Monastery of the Cross (jvris monast'eri) is an Eastern Orthodox monastery near the Nayot neighborhood of Jerusalem. It is located in the Valley of the Cross, below the Israel Museum and the Knesset. It is believed that the site was originally consecrated in the fourth century under the instruction of the Roman emperor Constantine the Great, who later gave the site to king Mirian III of Kartli after the conversion of his kingdom to Christianity in 327 AD. The monastery was built in the eleventh century, during the reign of King Bagrat IV by the Georgian Giorgi-Prokhore of Shavsheti. 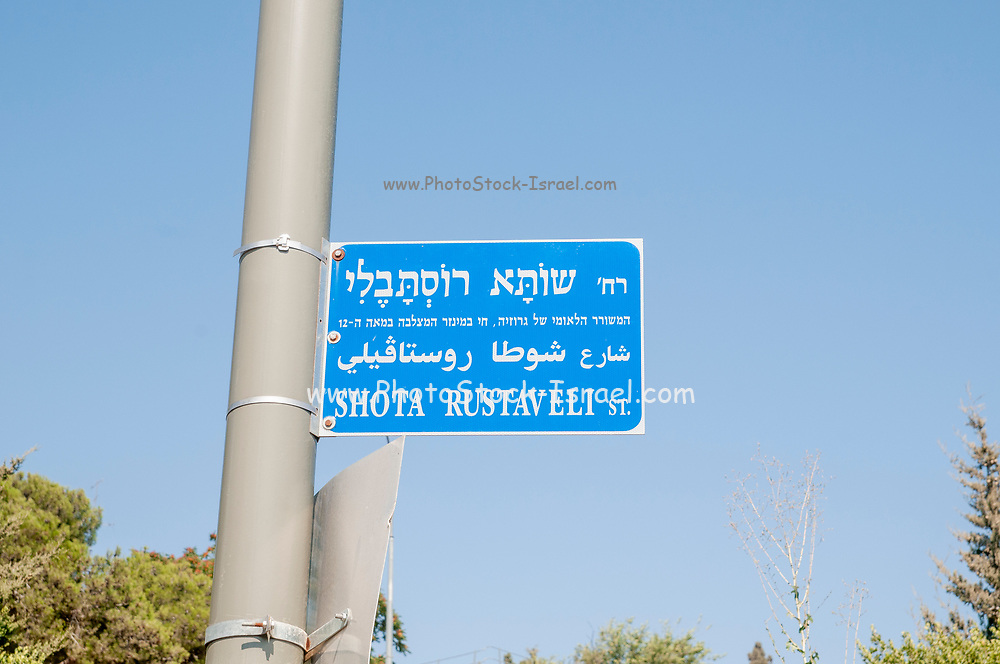