A scene after nightfall, showing Sir John Thomas Duckworth’s action in the Dardanelles 19 February 1807 Burning of the Turkish ships By Thomas Whitcombe (possibly 19 May 1763 – c. 1824) was a prominent British maritime painter of the Napoleonic Wars. Among his work are over 150 actions of the Royal Navy, and he exhibited at the Royal Academy, the British Institution and the Royal Society of British Artists. His pictures are highly sought after today. 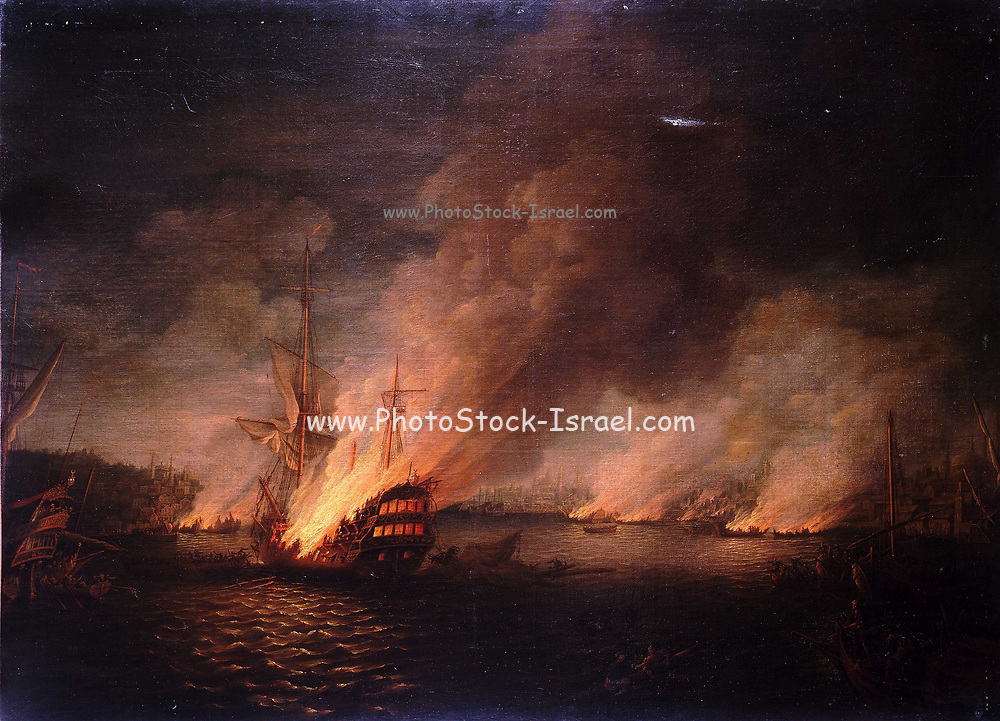