Common myna (or Indian Myna Acridotheres tristis). This bird is native to southern Asia from Afghanistan to Sri Lanka. The Myna has been introduced in many other parts of the world and its distribution range is on the increase to an extent that in 2000 the Species Survival Commission (IUCN) declared it among the World's 100 worst invasive species. and one of only three birds in this list. It is a serious threat to the ecosystems where introduced. Photographed in Israel 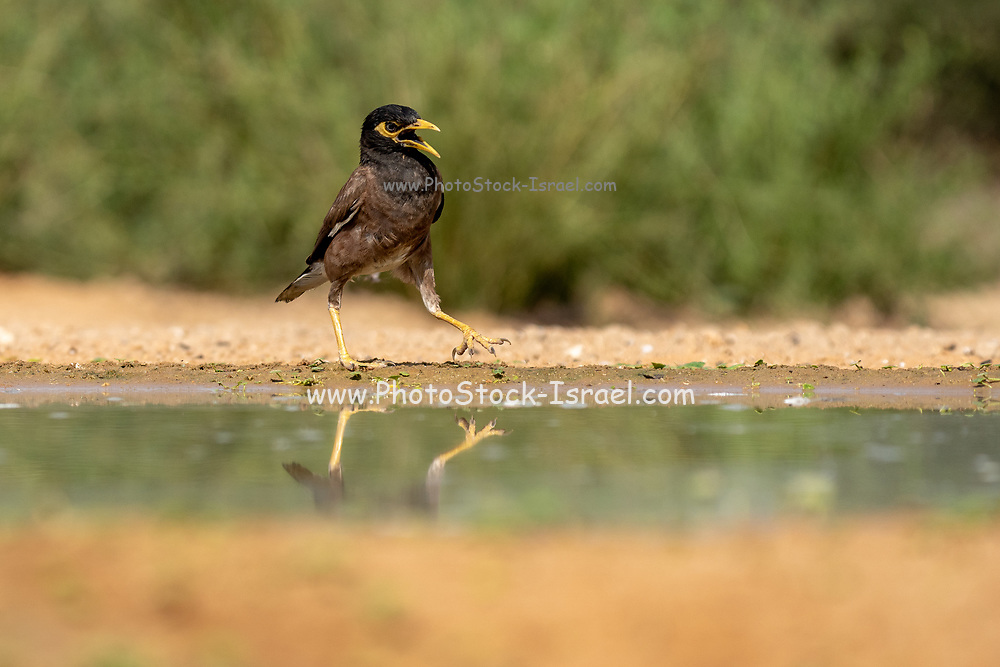