Great Naval Engagement off Sluys [Sluis] [Battle of Sluys also called the Battle of l'Écluse, was a naval battle fought on 24 June 1340 between England and France. It took place in the roadstead of the port of Sluys (French Écluse), on a since silted-up inlet between Zeeland and West Flanders. The English fleet of 120–150 ships was led by Edward III of England and the 230-strong French fleet by the Breton knight Hugues Quiéret, Admiral of France, and Nicolas Béhuchet, Constable of France. The battle was one of the opening engagements of the Hundred Years' War]. from the book History of England : with separate historical sketches of Scotland, Wales, and Ireland; from the invasion of Julius Cæsar until the accession of Queen Victoria to the British throne. By Russell, John, A. M., Published in Philadelphia by Hogan & Thompso in 1844 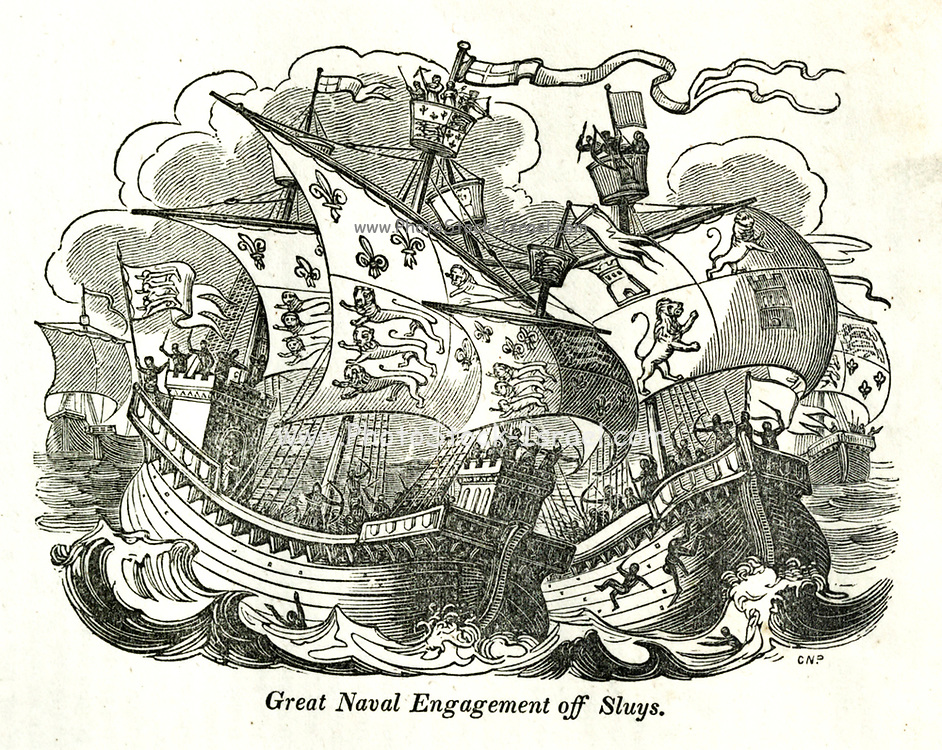