Field Marshal Paul Sanford Methuen, 3rd Baron Methuen, GCB, GCMG, GCVO, DL (1 September 1845 – 30 October 1932) was a British Army officer. He served in the Third Anglo-Ashanti War in 1873 and then in the expedition of Sir Charles Warren to Bechuanaland in the mid 1880s. He took a prominent role as General Officer Commanding the 1st Division in the Second Boer War. He suffered a serious defeat at the Battle of Magersfontein, during which he failed to carry out adequate reconnaissance and accordingly his artillery bombarded the wrong place leading to the Highland Brigade taking heavy casualties. He was later captured by the Boers at Tweebosch. After the war he became General Officer Commanding-in-Chief in South Africa in 1908, Governor and Commander-in-Chief of Natal in 1910 and then Governor and Commander-in-Chief of Malta in 1915. from the book ' Boer and Britisher in South Africa; a history of the Boer-British war and the wars for United South Africa, together with biographies of the great men who made the history of South Africa ' By Neville, John Ormond Published by Thompson & Thomas, Chicago, USA in 1900 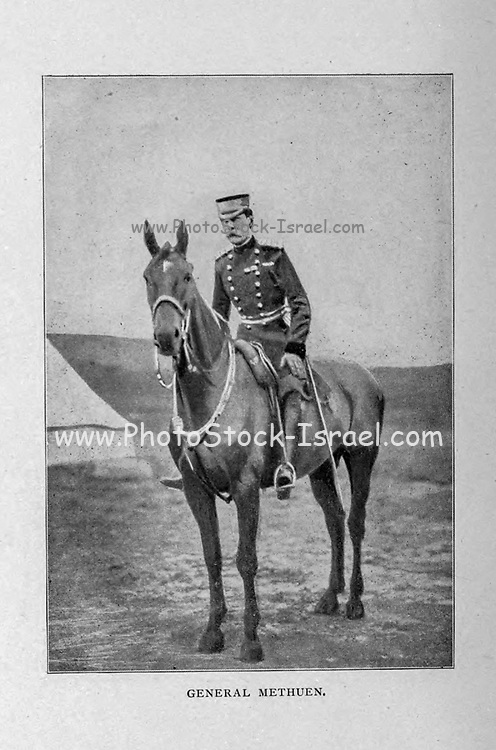