Charles XIV John (Karl XIV Johan; born Jean Bernadotte; 26 January 1763 – 8 March 1844) was King of Sweden and Norway from 1818 until his death. In modern Norwegian lists of kings he is called Charles III John. He was the first monarch of the Bernadotte dynasty. Copperplate engraving From the Encyclopaedia Londinensis or, Universal dictionary of arts, sciences, and literature; Volume XXIII; Edited by Wilkes, John. Published in London in 1828 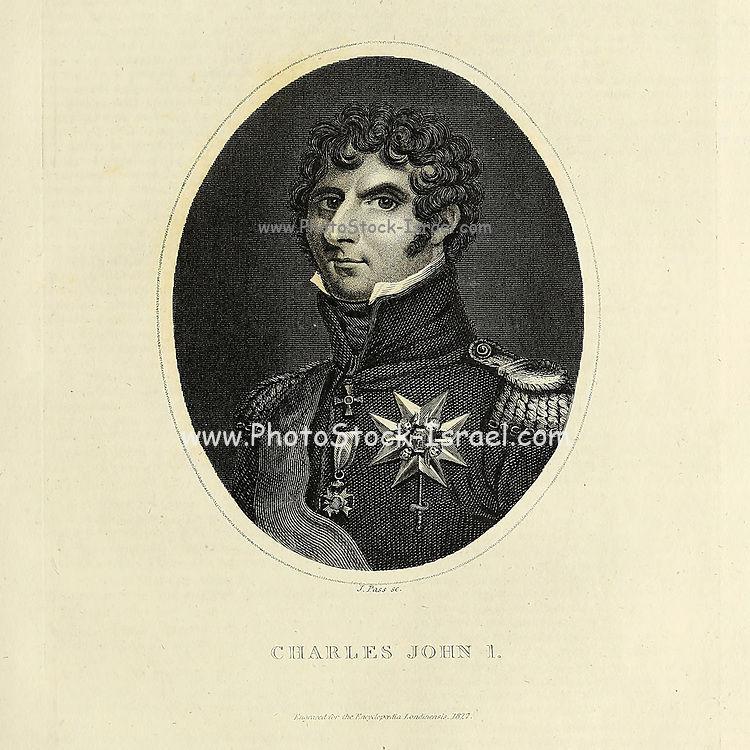