Cape Cross seal colony. The Cape fur seal (Arctocephalus pusillus pusillus) is the largest species of fur seal in the world and breeds only on the west coast of southern Africa. Cape Cross is thought to comprise 30% of the Namibian population, with a breeding colony of between two hundred and two hundred and fifty thousand individuals. The total Namibian population stood in 2001 at between seven and eight hundred thousand individuals. However as Cape Cross is both a breeding and a resting colony, attracting seals from as far away as South Africa, it is difficult to make an accurate population estimate. 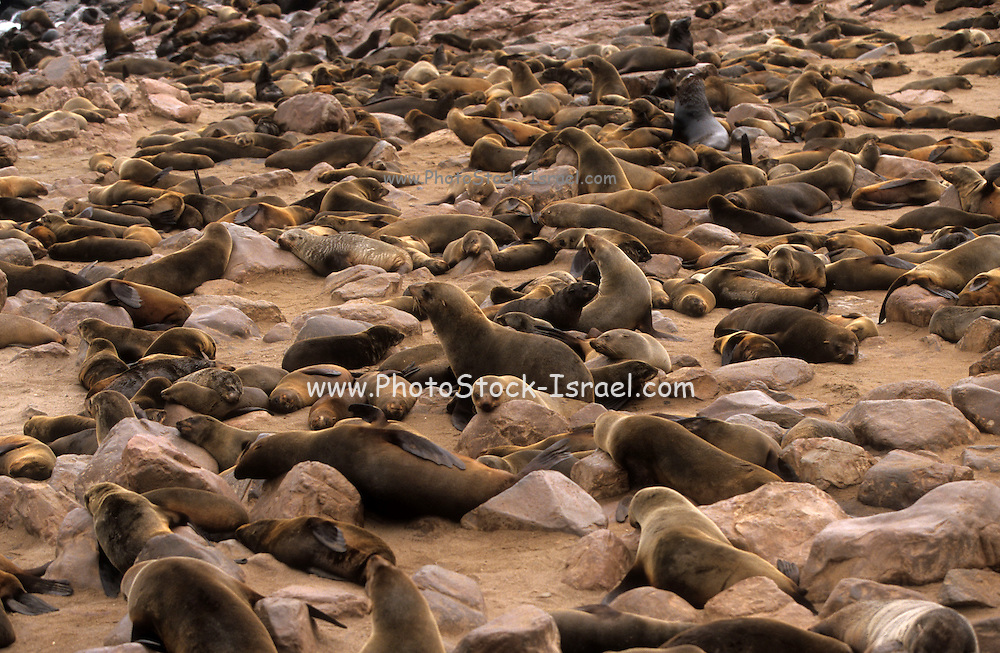