The day on which a ship crosses the line is commemorated by a humorous nautical ceremony, of which the print is a representation. At noon, the arrival of Neptune is announced; the marine deity is personated by a sailor, bearing in his hand the trident, colour print from the book ' A Picturesque Voyage to India by Way of China ' by Thomas Daniell, R.A. and William Daniell, A.R.A. London : Printed for Longman, Hurst, Rees, and Orme, and William Daniell by Thomas Davison, 1810. The Daniells' original watercolors for the scenes depicted herein are now at the Yale Center for British Art, Department of Rare Books and Manuscripts, 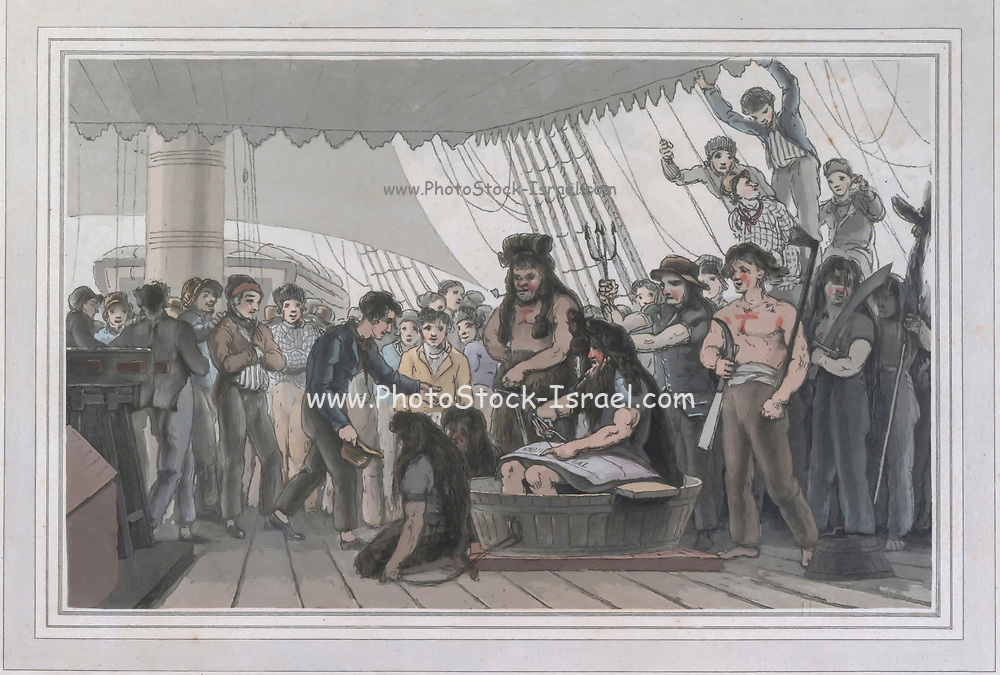