The cutter Mary Ann and HMS Sylph. The ship was a sloop that was launched in September 1795. The painting probably commemorates the commissioning of the ‘Sylph’. She is shown in the Downs in broadside view, flying the red ensign. This may be a ship’s portrait with the ship shown in stern and bow view on the left. Part of Nelson’s navy by 1805 she was serving on the Guernsey Station, and was probably involved in making raids on the French coastline to disrupt the preparations to invade England. The painting is signed and dated 1795. By Thomas Whitcombe (possibly 19 May 1763 – c. 1824) was a prominent British maritime painter of the Napoleonic Wars. Among his work are over 150 actions of the Royal Navy, and he exhibited at the Royal Academy, the British Institution and the Royal Society of British Artists. His pictures are highly sought after today. 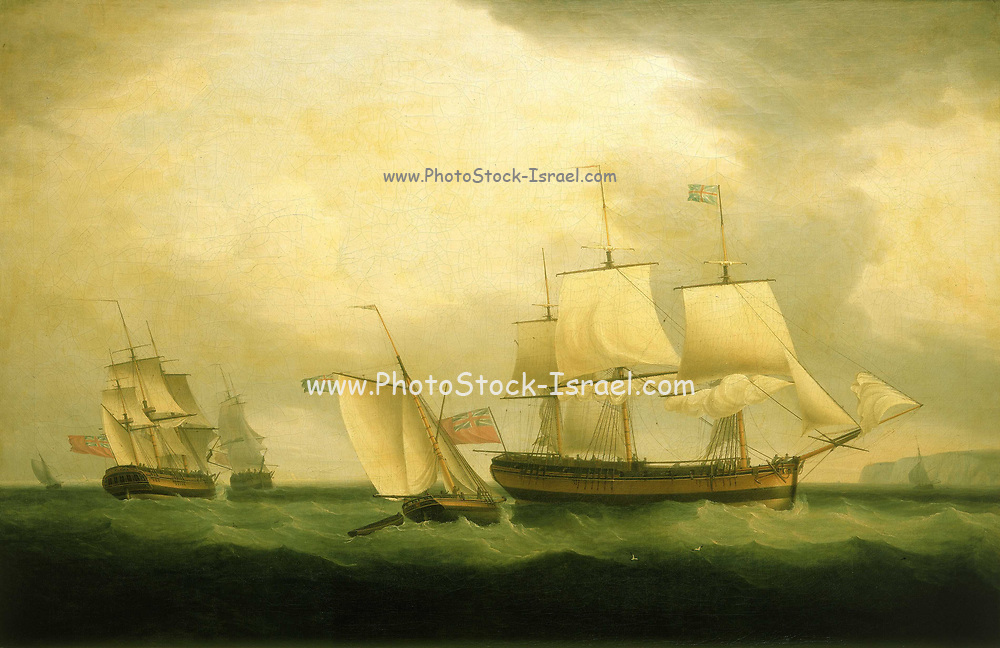