Hand drawn Inflorescence part of Botanical images depicting the Linnean Classification system [Carl Linnaeus (23 May 1707 – 10 January 1778), also known after his ennoblement as Carl von Linné was a Swedish botanist, zoologist, taxonomist, and physician who formalised binomial nomenclature, the modern system of naming organisms. He is known as the "father of modern taxonomy". Many of his writings were in Latin, and his name is rendered in Latin as Carolus Linnæus (after 1761 Carolus a Linné). Published by T. Tegg in London in 1826 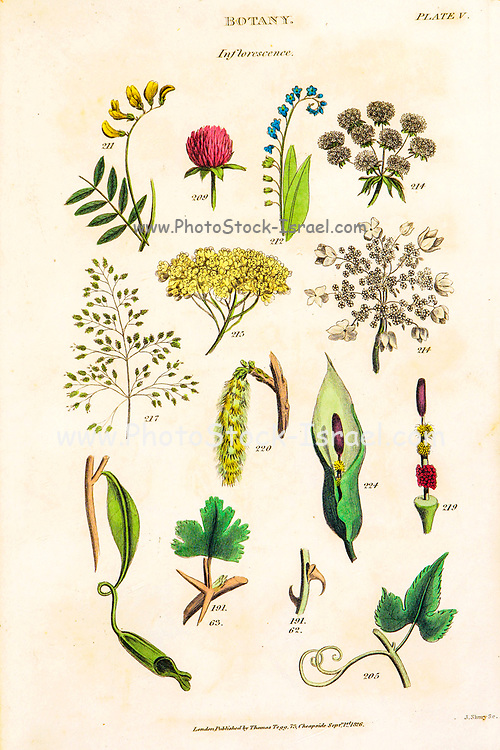