The Cape of Good Hope

The Cape of Good Hope is a promontory on the southern coast of Africa, formed of one stupendous ! mountain, but broken into three distinct masses; each of which has been distinguished by an appropriate | name. The Table Mountain, so called because of its flat summit, forming a parallel line with the horizon, appears in this view above Cape Town, and rises to an elevation of 3582 feet. colour print from the book ' A Picturesque Voyage to India by Way of China ' by Thomas Daniell, R.A. and William Daniell, A.R.A. London : Printed for Longman, Hurst, Rees, and Orme, and William Daniell by Thomas Davison, 1810. The Daniells' original watercolors for the scenes depicted herein are now at the Yale Center for British Art, Department of Rare Books and Manuscripts, 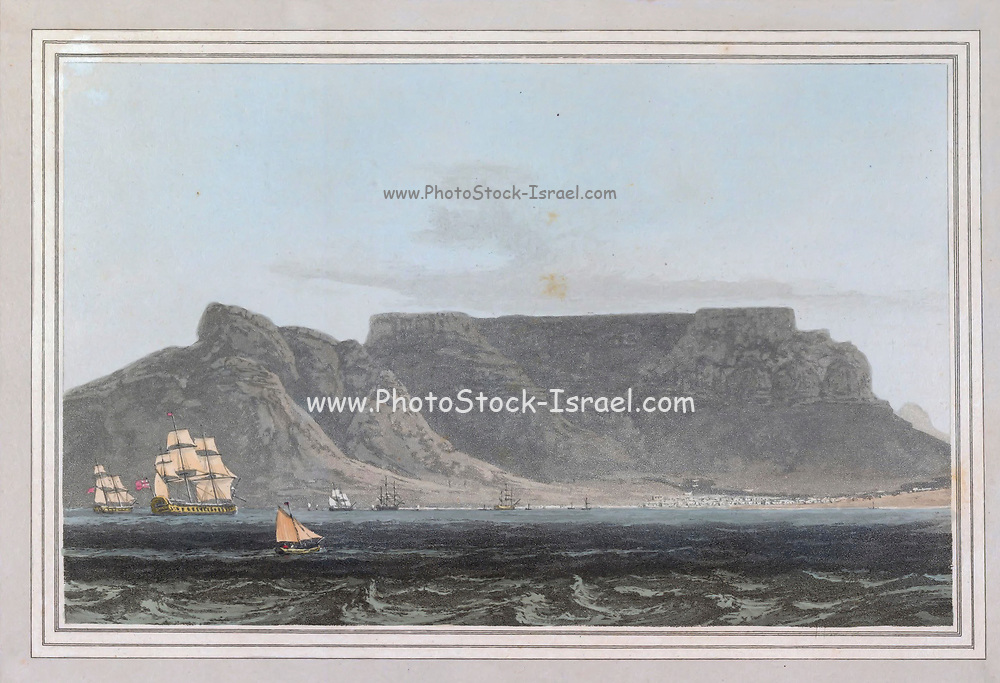