The European herring gull (Larus argentatus) is a large gull, up to 66 cm (26 in) long. One of the best-known of all gulls along the shores of Western Europe, it was once abundant.[2] It breeds across Northern Europe, Western Europe, Central Europe, Eastern Europe, Scandinavia, and the Baltic states. Some European herring gulls, especially those resident in colder areas, migrate further south in winter, but many are permanent residents, e.g. in Ireland, Britain, Iceland, or on the North Sea shores. They have a varied diet, including fish, crustaceans, and dead animals, as well as some plants. While herring gull numbers appear to have been harmed in recent years, possibly by fish population declines and competition, they have proved able to survive in human-adapted areas and can often be seen in towns acting as scavengers. 18th century watercolor painting by Elizabeth Gwillim. Lady Elizabeth Symonds Gwillim (21 April 1763 – 21 December 1807) was an artist married to Sir Henry Gwillim, Puisne Judge at the Madras high court until 1808. Lady Gwillim painted a series of about 200 watercolours of Indian birds. Produced about 20 years before John James Audubon, her work has been acclaimed for its accuracy and natural postures as they were drawn from observations of the birds in life. She also painted fishes and flowers. McGill University Library and Archives 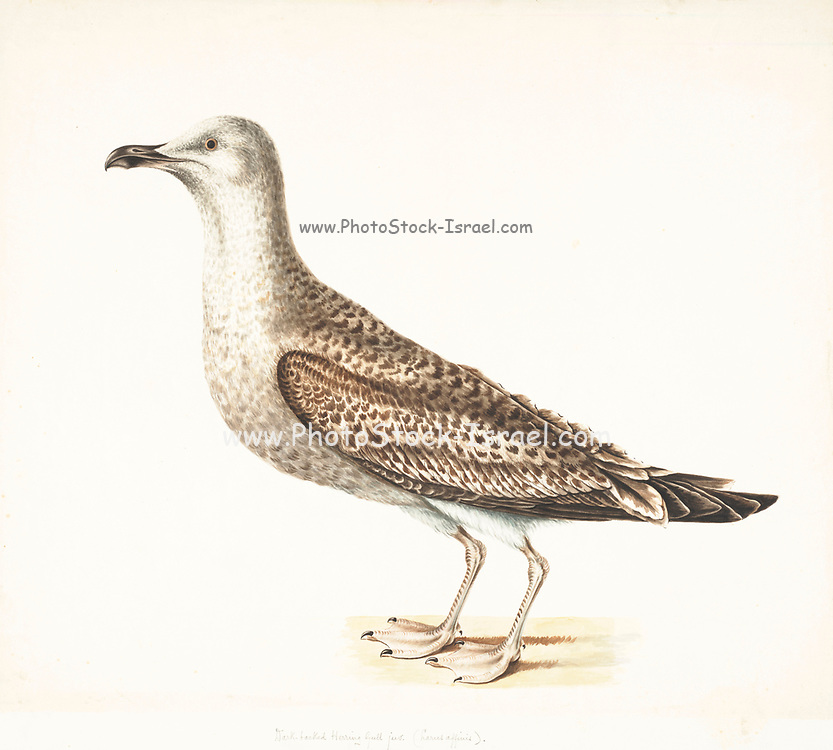