The Battle of the Boyne

The Battle of the Boyne (Irish: Cath na Bóinne IPA: [ˈkah n̪ˠə ˈbˠoːn̪ʲə]) was a battle in 1690 between the forces of the deposed King James II of England and Ireland, VII of Scotland, versus those of King William III who, with his wife Queen Mary II (his cousin and James's daughter), had acceded to the Crowns of England and Scotland[b] in 1689. The battle took place across the River Boyne close to the town of Drogheda in the Kingdom of Ireland, modern-day Republic of Ireland, and resulted in a victory for William. This turned the tide in James's failed attempt to regain the British crown and ultimately aided in ensuring the continued Protestant ascendancy in Ireland. The battle took place on 1 July 1690 O.S. William's forces defeated James's army, which consisted mostly of raw recruits. Although the Williamite War in Ireland continued until October 1691, James fled to France after the Boyne, never to return. Copperplate engraving From the Encyclopaedia Londinensis or, Universal dictionary of arts, sciences, and literature; Volume XI; Edited by Wilkes, John. Published in London in 1812 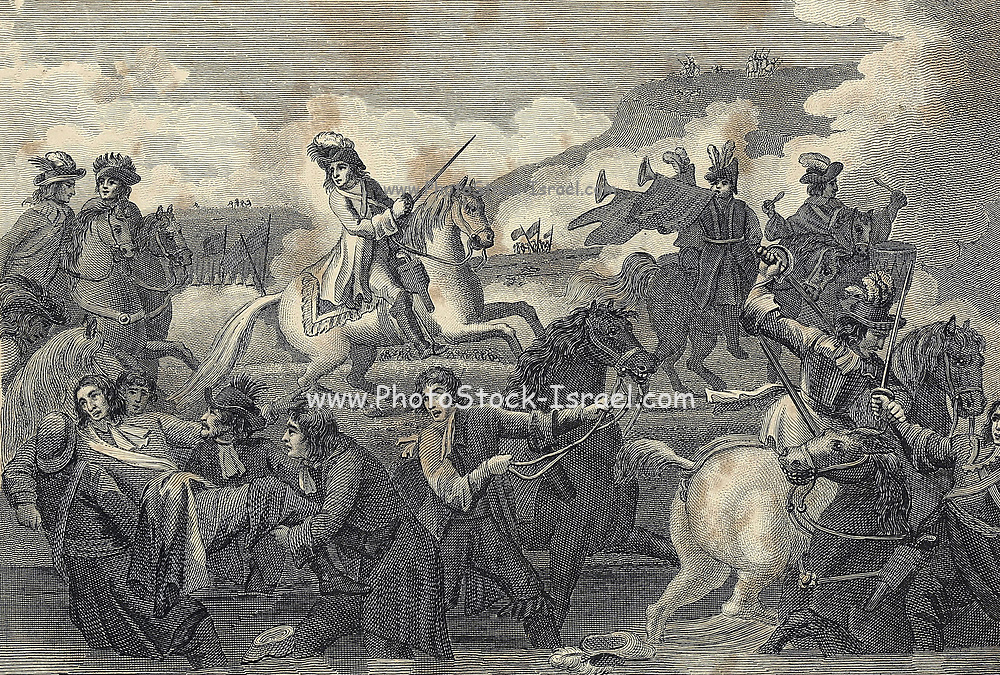