Men of the USS Monitor who fought with Worden

USS Monitor was an ironclad warship built for the Union Navy during the American Civil War and completed in early 1862, the first such ship commissioned by the Navy. Monitor played a central role in the Battle of Hampton Roads on 9 March under the command of Lieutenant John L. Worden, where she fought the casemate ironclad CSS Virginia (built on the hull of the scuttled steam frigate USS Merrimack) to a stalemate. The design of the ship was distinguished by its revolving turret, which was designed by American inventor Theodore Timby; it was quickly duplicated and established the monitor class and type of armored warship built for the American Navy over the next several decades. from the book ' The Civil war through the camera ' hundreds of vivid photographs actually taken in Civil war times, sixteen reproductions in color of famous war paintings. The new text history by Henry W. Elson. A. complete illustrated history of the Civil war 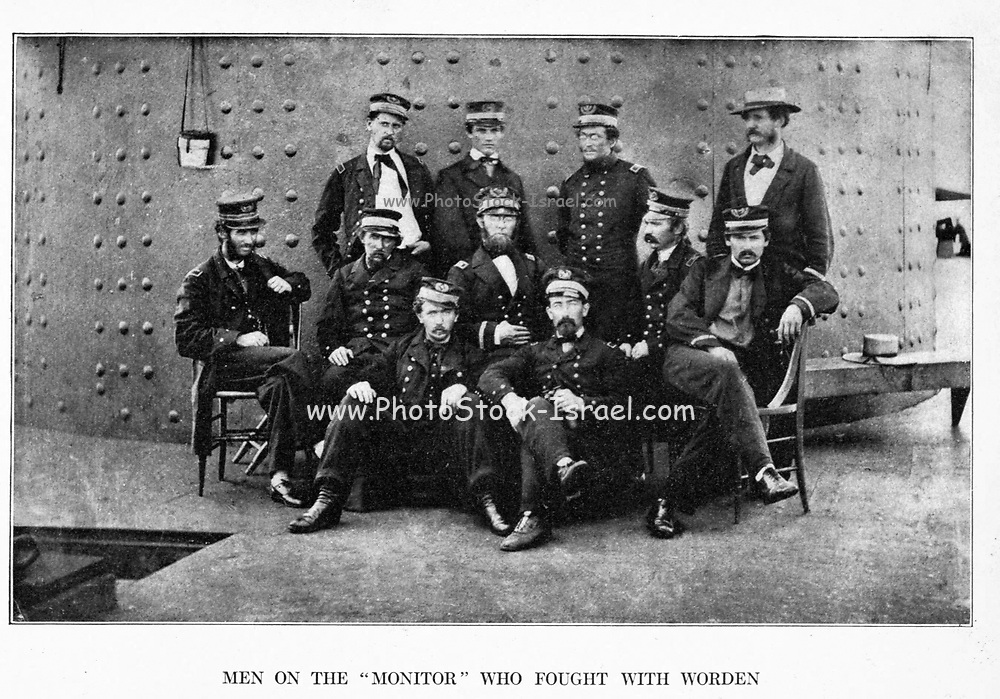