English Warship Firing a Salute, 1690, Willem van de Velde the Younger (1633-1707) Netherlands, 17th century, Oil on canvas
The subject of this painting is a Royal English Navy ship firing a salute to a state barge. The ship depicted here, may be the sixth-rate frigate called the Saudadoes, which was frequently used to carry individuals or parties on official missions. The designation "sixth-rate" indicates that the ship carried 18-28 cannon, which can be detected from the smoke billowing out from the port side of the vessel. It is possible that Willem van de Velde the Younger (1633-1707) was familiar with the Saudodoes as there is a drawing of the ship, made by his father, which is now in the British Museum. Willem van de Velde the Elder (1611-1693) was a specialist in pen and ink drawings of marine vessels. He would spend time at sea making sketches of individual ships and the maneuvers of the fleet, which formed the basis of the Younger's oil paintings. Throughout their careers the two artists collaborated on a myriad of images. 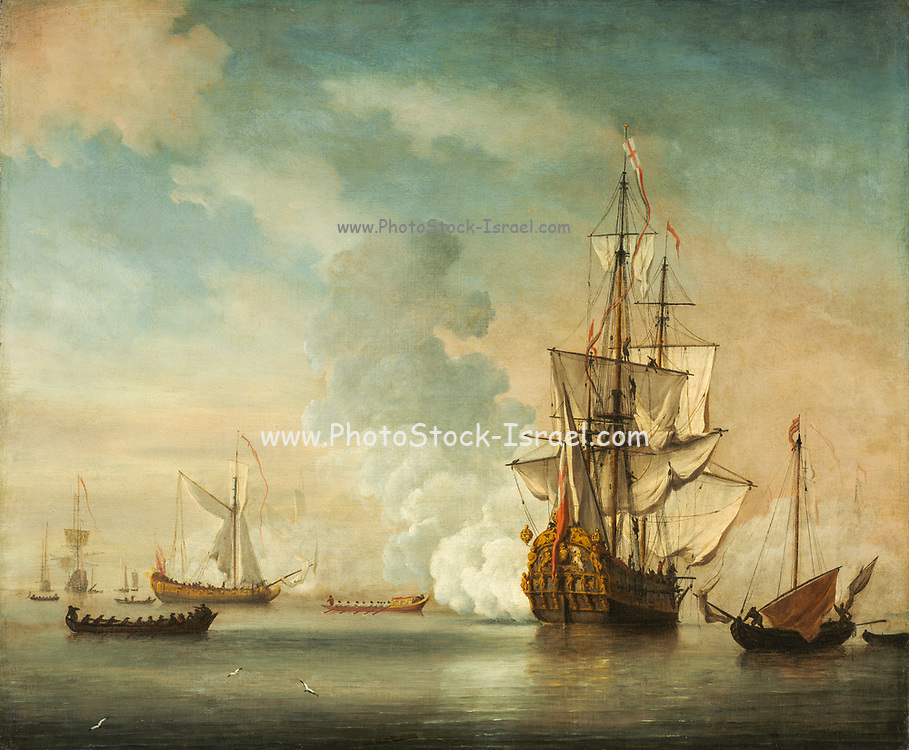