Portrait of William Beckford, Esq [William Beckford (baptised 19 December 1709 – 21 June 1770) was a well-known political figure in 18th-century London, who twice held the office of Lord Mayor of London (1762 and 1769). His vast wealth came largely from his plantations in Jamaica and the large numbers of enslaved Africans working for him. He was, and is, often referred to as Alderman Beckford to distinguish him from his son William Thomas Beckford, author and art collector, and from his nephew William Beckford of Somerley (1744-1799), author and planter. During his life, Beckford and his family owned 13 sugar plantations, over 22,000 acres of land, and about 3,000 enslaved Africans.] Copperplate engraving From the Encyclopaedia Londinensis or, Universal dictionary of arts, sciences, and literature; Volume II; Edited by Wilkes, John. Published in London in 1810 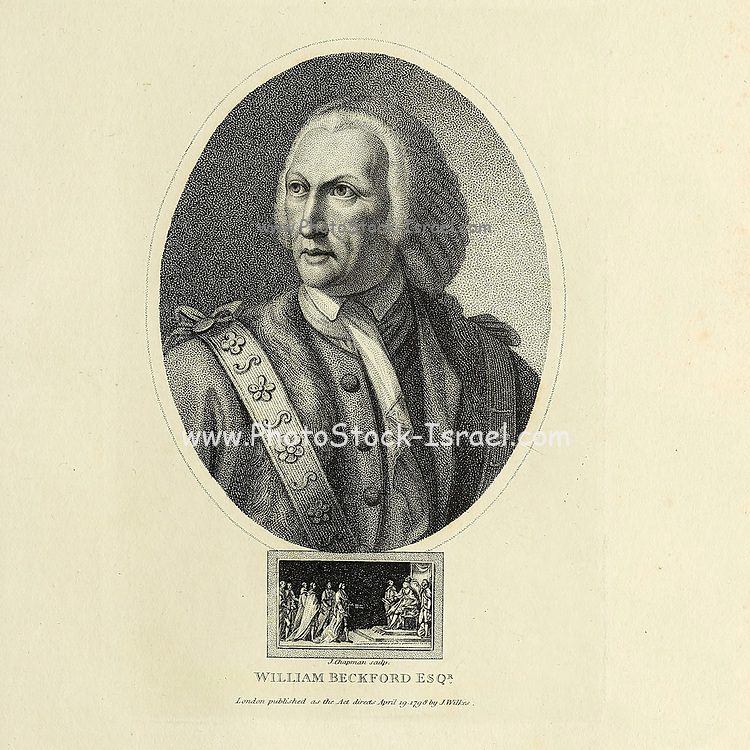