The Four Seasons (1850) by Henry Picou (French, 1824-1895) Jean-Leon Gerome (French, 1824-1904) Gustave Rodolphe Boulanger (French, 1824-1888) Jean-Louis Hamon (French, 1821-1874). Oil on fabric The artists who painted this work belonged to a group called the Neo-Grecs (New Greeks). They concentrated on depicting scenes of daily life in ancient Greece and Rome—often with an erotic slant. Here, relying on a popular Greco-Roman theme, the four works represent the seasons and their associated activities: the pursuit of love in spring; bathing in summer; harvesting grapes in fall; and a funerary ritual in winter. The decorative gold, black, and red borders also enhance the classical aspect of the work by recalling the painted wall decorations of the ancient Roman city of Pompeii. The artists painted this work for their friend, French actor Edmond Got (1822–1901). They likely presented this picture to him in commemoration of his election to the Comédie- Francaise acting company and as a memento of their friendship. 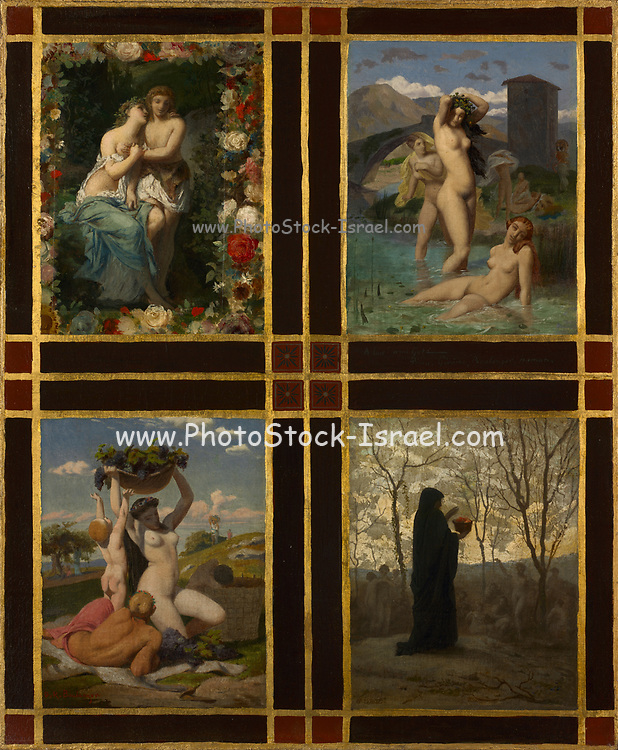