Male and Female Asian koel (Eudynamys scolopaceus) is a member of the cuckoo order of birds, the Cuculiformes. It is found in the Indian Subcontinent, China, and Southeast Asia. The Asian koel like many of its related cuckoo kin is a brood parasite that lays its eggs in the nests of crows and other hosts, who raise its young. They are unusual among the cuckoos in being largely frugivorous as adults. The bird is a widely used symbol in Indian poetry. 18th century watercolor painting by Elizabeth Gwillim. Lady Elizabeth Symonds Gwillim (21 April 1763 – 21 December 1807) was an artist married to Sir Henry Gwillim, Puisne Judge at the Madras high court until 1808. Lady Gwillim painted a series of about 200 watercolours of Indian birds. Produced about 20 years before John James Audubon, her work has been acclaimed for its accuracy and natural postures as they were drawn from observations of the birds in life. She also painted fishes and flowers. McGill University Library and Archives 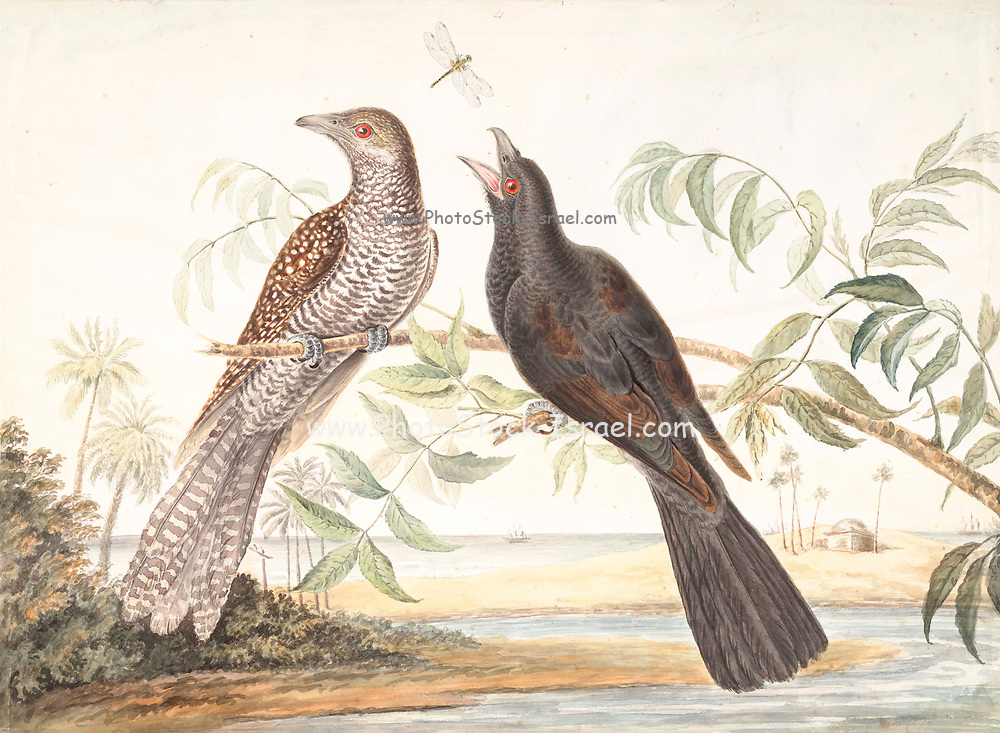