Quahkah or quagga (Equus quagga quagga) is an extinct subspecies of the plains zebra that was endemic to South Africa until it was hunted to extinction in the late 19th century by European settler-colonists. It was long thought to be a distinct species, but early genetic studies have supported it being a subspecies of plains zebra. A more recent study suggested that it was the southernmost cline or ecotype of the species. hand colored plate from the collection of ' African scenery and animals ' by Daniell, Samuel, 1775-1811 and Daniell, William, 1769-1837 published 1804 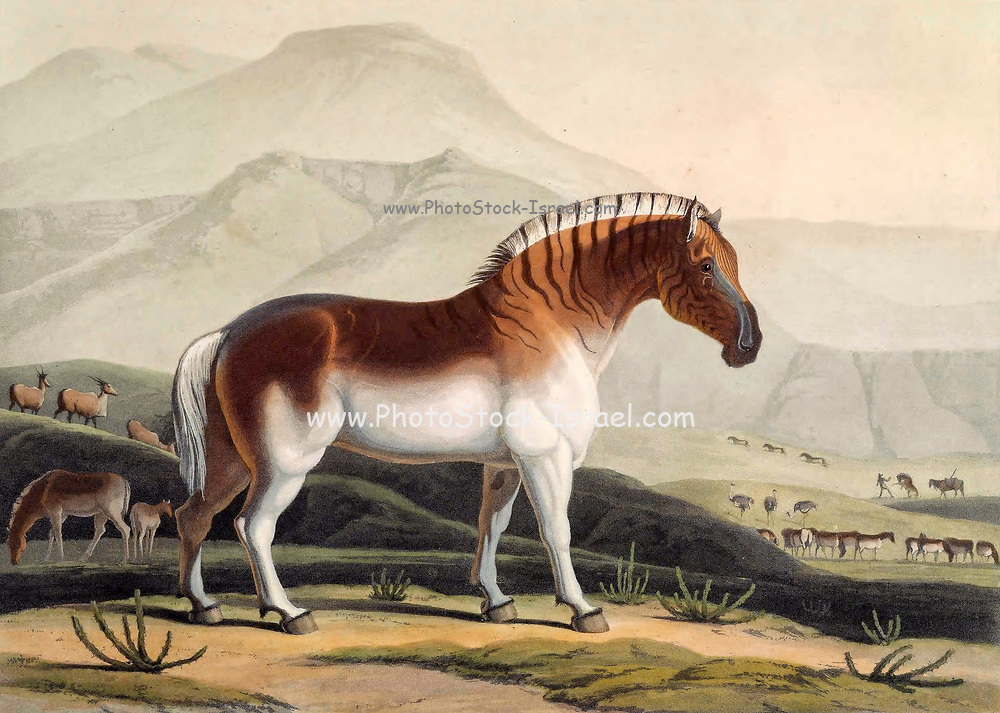