A quiet Day in the Battery

A quiet life in the Diamond Battery. Portrait of a Lancaster 68 pounder, 15th December 1854 from the book ' The autobiography of William Simpson, R. I. (Crimean Simpson) ' by Simpson, William, 1823-1899; Eyre-Todd, George, 1862-1937 Published in London by T. F. Unwin in 1903. William Simpson was a Scottish artist, war artist and war correspondent. The Crimean War was a military conflict fought from October 1853 to February 1856 in which Russia lost to an alliance of France, the Ottoman Empire, the United Kingdom and Sardinia. The immediate cause of the war involved the rights of Christian minorities in Palestine, which was part of the Ottoman Empire. The French promoted the rights of Roman Catholics, and Russia promoted those of the Eastern Orthodox Church. Longer-term causes involved the decline of the Ottoman Empire, the expansion of the Russian Empire in the preceding Russo-Turkish Wars, and the British and French preference to preserve the Ottoman Empire to maintain the balance of power in the Concert of Europe 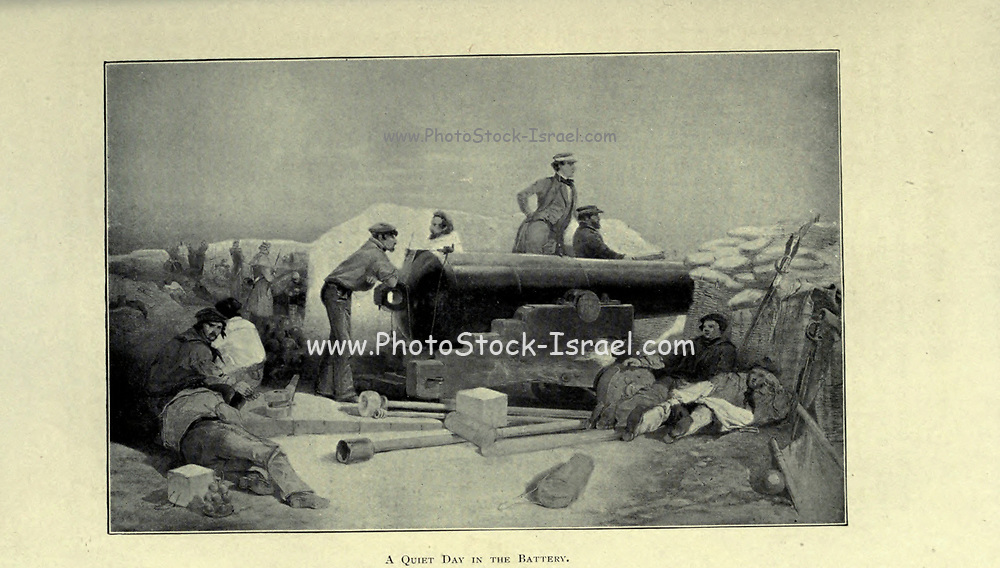