Miltiades (c. 550 – 489 BC), also known as Miltiades the Younger, was a Greek Athenian citizen known mostly for his role in the Battle of Marathon, as well as for his downfall afterwards. He was the son of Cimon Coalemos, a renowned Olympic chariot-racer, and the father of Cimon, the noted Athenian statesman. Copperplate engraving From the Encyclopaedia Londinensis or, Universal dictionary of arts, sciences, and literature; Volume VIII; Edited by Wilkes, John. Published in London in 1810. 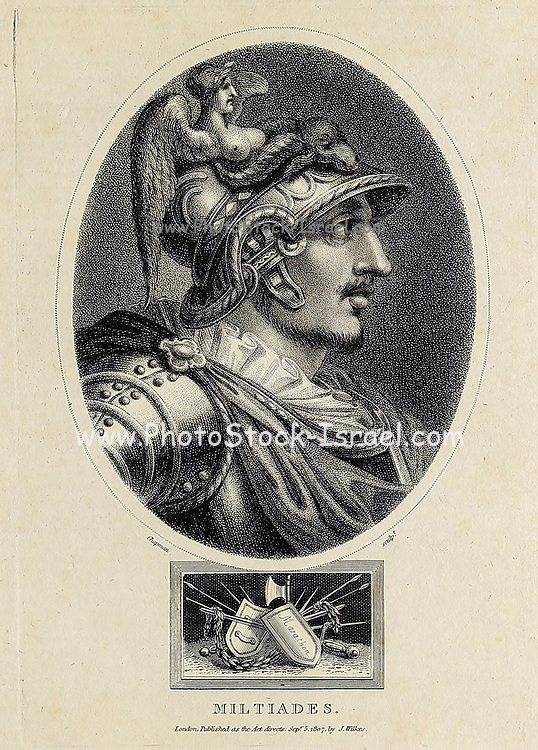