Catecahassa or Black Hoof (c. 1740-1831) was the head civil chief of the Shawnee Indians in the Ohio Country of what became the United States. A member of the Mekoche division of the Shawnees, Black Hoof became known as a fierce warrior during the early wars between the Shawnee and encroaching American settlers. Black Hoof claimed to have been present at the Battle of the Monongahela in 1755, when General Edward Braddock was defeated during the French and Indian War, although there is no contemporary evidence that Shawnees took part in that battle. from the book ' History of the Indian Tribes of North America with biographical sketches and anecdotes of the principal chiefs. ' Volume 1 of 3 by Thomas Loraine,McKenney and James Hall Esq. Published in 1838 Painted by Charles Bird King 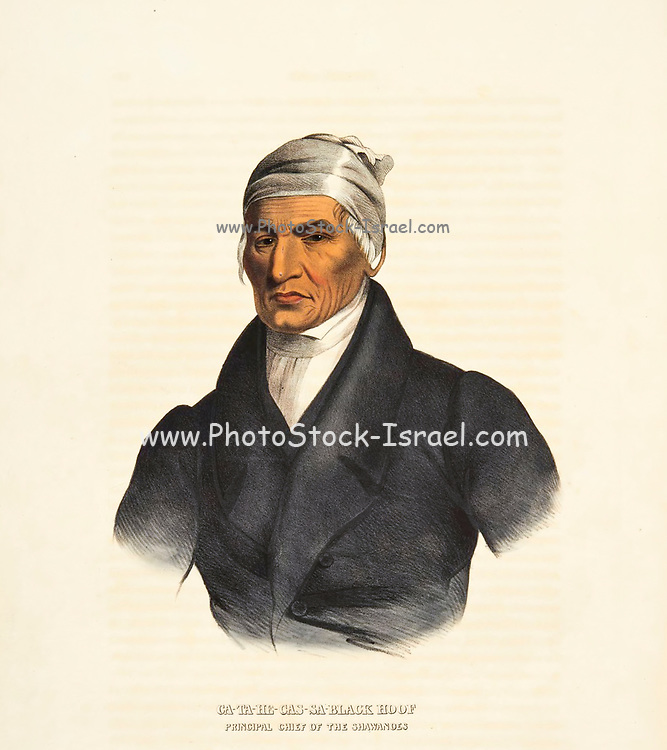