Physiognomy is the practice of assessing a person's character or personality from their outer appearance especially the face. The term can also refer to the general appearance of a person, object, or terrain without reference to its implied characteristics. Credence of such study has varied. The practice was well accepted by the ancient Greek philosophers, but fell into disrepute in the Middle Ages when practised by vagabonds and mountebanks. It was then revived and popularised by Johann Kaspar Lavater before falling from favour again in the late 19th century. Physiognomy as understood in the past meets the contemporary definition of a pseudoscience. Popular in the 19th century, it has been used as a basis for scientific racism. No clear evidence indicates physiognomy works. Physiognomy is also sometimes referred to as anthroposcopy, though the expression was more common in the 19th century when the word originated. Copperplate engraving From the Encyclopaedia Londinensis or, Universal dictionary of arts, sciences, and literature; Volume XX; Edited by Wilkes, John. Published in London in 1825 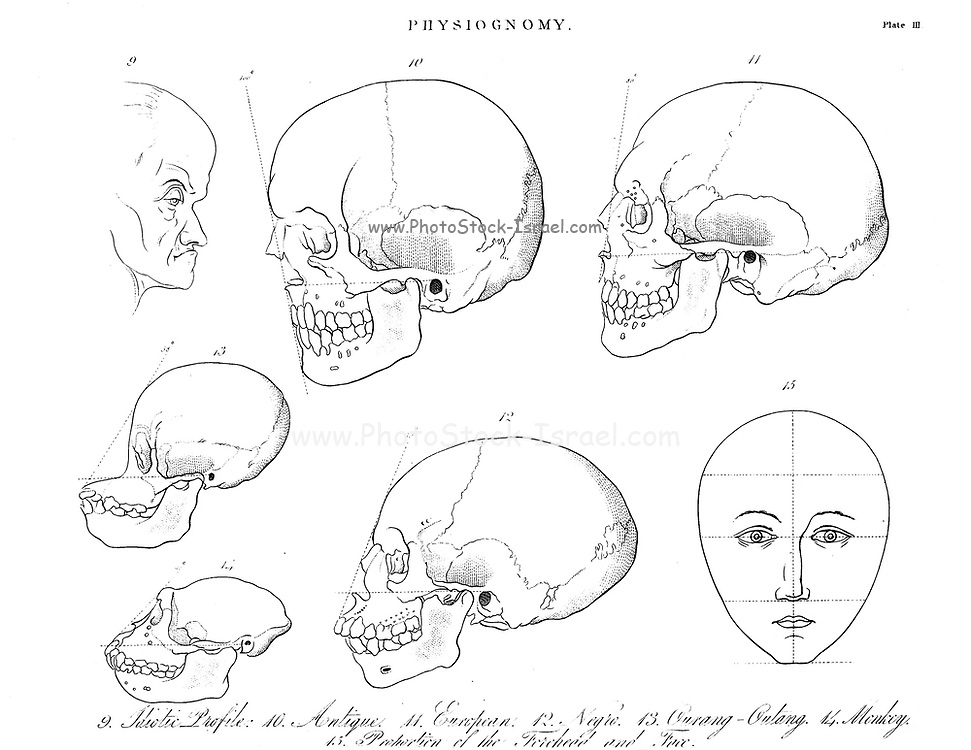